Whatever happened to... Sammy's Halal? 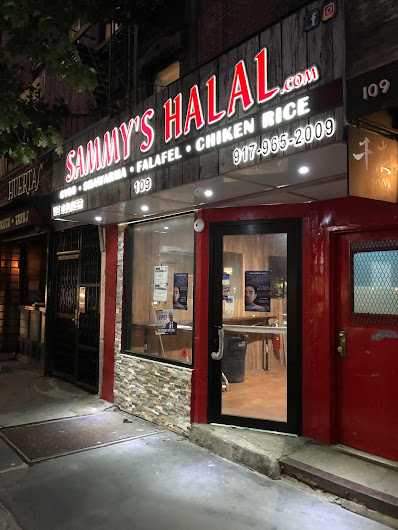 Going on nine months now since the Sammy's Halal signage arrived at 109 First Ave. between Sixth Street and Seventh Street.

And not much has seemingly happened with the space. (Chicken remains "Chiken" on the sign.)

The interior has a no-frills, 1970s basement rec room look... 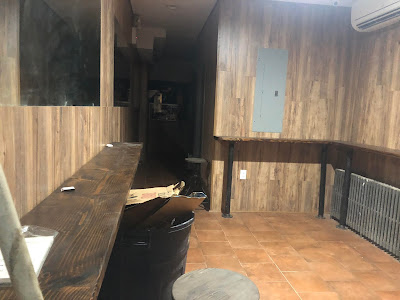 Google lists the location as "permanently closed" even though the place was never actually open (and there's a five-star review!) ... 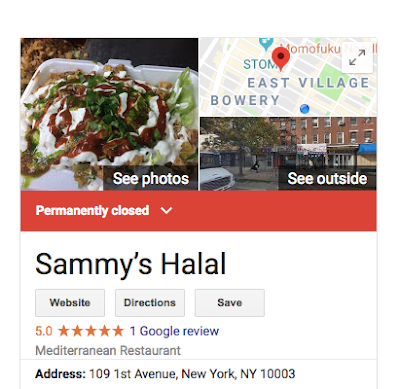 The address was previously the Polish G. I. Delicatessen, the Eastern European specialty foods shop closed in July 2016 after 21 years in business.
Posted by Grieve at 4:00 AM