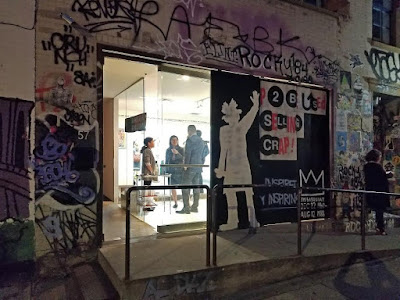 The Same Old Gallery, curated by Adrian Wilson and Brian Shevlin, opens this evening with an exhibit of old and new work by Al Diaz. 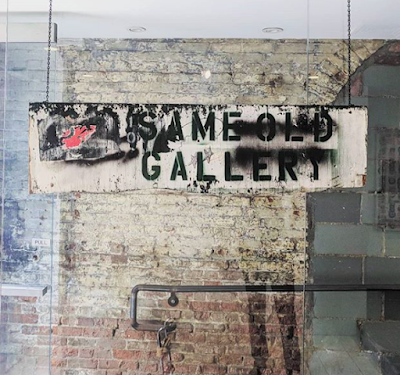 The gallery (first reported on here) is inside 57 Great Jones St., once owned by Andy Warhol. Jean-Michel Basquiat lived and worked here just west of the Bowery at the time of his death in 1988.

Diaz grew up in the Jacob Riis Houses on Avenue D. He started writing graffiti at age 12. As a teen in the late 1970s, he and Basquiat collaborated on a series of cryptic messages seen around the city signed from SAMO©.

The front space at No. 57 was sitting unused. The back of the building houses Bohemian, an exclusive (referral-only) Japanese restaurant.

"They are expanding the Bohemian restaurant and very kindly donated the space to me to use as a gallery before construction starts in January," Wilson told me.

This initial exhibit features a selection of Diaz's work through the years ... as well as several archival items, such as a satirical story co-written and illustrated by Diaz and Basquiat published in the City-As-School newspaper in January 1978 that marked the start of SAMO©.

Diaz also invited several artists to help put their mark on the space... 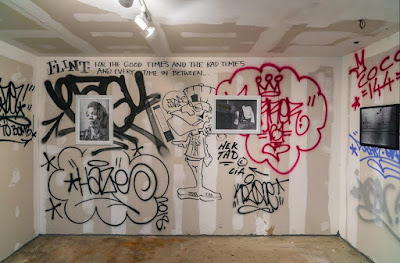 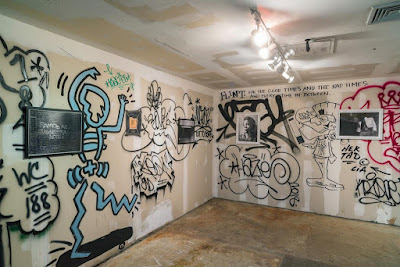 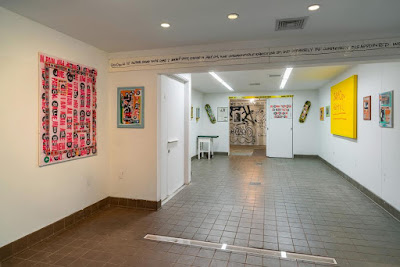 The opening party is tonight from 7-10. The first show will be up through Oct. 20. The gallery hours are Tuesday-Sunday from 2-7 p.m. You can find the Same Old Gallery on Instagram here.

And you can listen to my recent podcast with Diaz right here (or download it for later)...

Thanks to Adrian Wilson for the photos!
Posted by Grieve at 4:21 AM