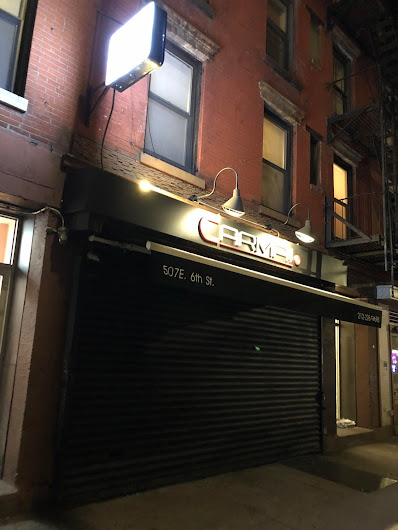 Updated: We understand that Carma East will reopen Jan. 14 after a kitchen upgrade. Updated 2: Carma reopened the week of Jan. 28.

The gates have been down of late at Carma East, the dim sum bar at 507 E. Sixth St. between Avenue A and Avenue B. The closure during the holiday stretched into this past weekend.

There isn't any notice about a temporary closing on the restaurant's website or social media properties, though their phone is out of service and Yelp lists them as closed.

An EVG reader who lives nearby shared this photo from early December, when Carma East added six flat-screen TVs (tuned to sporting events) and a random assortment of NFL pennants ... 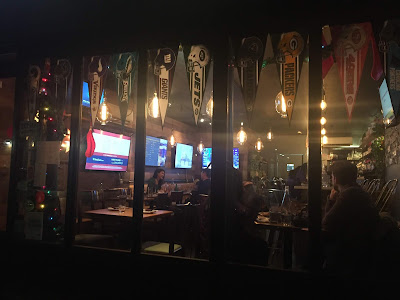 Per the reader: "Seems like a bit of an odd mix with soup dumplings." (The Carma East Instagram account does say "Tapas to Get Drunk With.")

This sibling of Carma Asian Tapas in the West Village opened on Sixth Street in September 2016.

And this has been a tough stretch of Sixth Street for restaurants. If this closure is permanent, then that makes three restaurants out of four storefronts to shut down in the past year... the others are Cholo Noir (a new applicant is looking to lease this spot) and Out East (new ownership was expected in this space too). 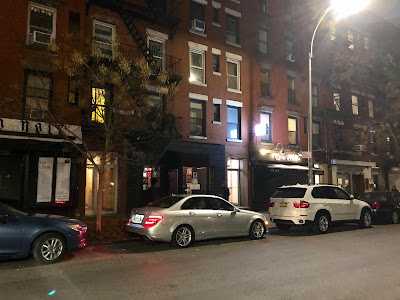 When I enter a new restaurant or any restaurant that has one tv screen I make a quick exist. Meals are down time for me not the opposite.

would love to see a graph of the longevity of new businesses in our hood, it would not be pretty.

They are updating the kitchen to hr FDNY codes and will reopen next Monday.