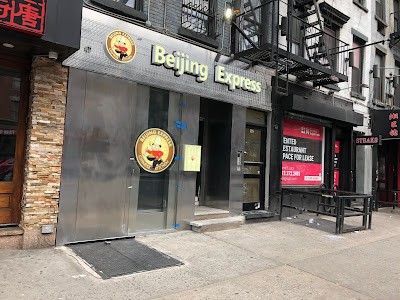 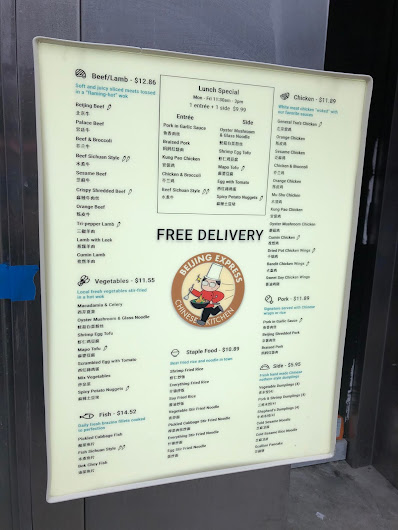 The quick-serve restaurant takes the place of the quickly departed Gala BBQ, which just opened in September here between 12th Street and 13th Street.

Gala, whose questionnaire on file at CB3 described the place as a "high-end Chinese restaurant," had tough competition, sandwiched in a space between the popular Han Dynasty and Hunan Bistro. I don't know if the owners of Beijing Express were also involved with Gala.

In any event, the interior shows some work left to do before opening... 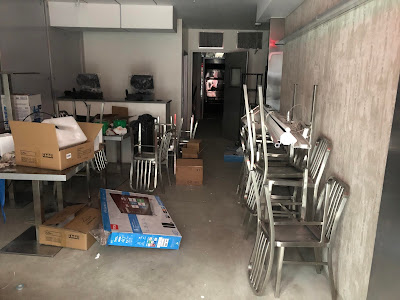