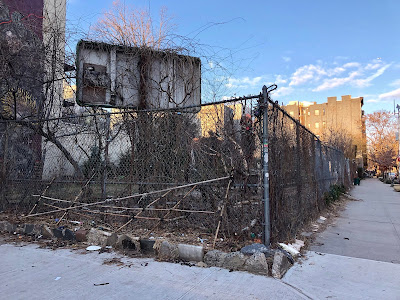 La Plaza Cultural, the community garden/green space on the southwest corner of Ninth Street and Avenue C, was expected to close to the public after this past Thursday.

However, word circulated yesterday that work on the installation of the new fence got pushed back by about a month due to a contract issue. For now, La Plaza will remain open to about Feb. 24. 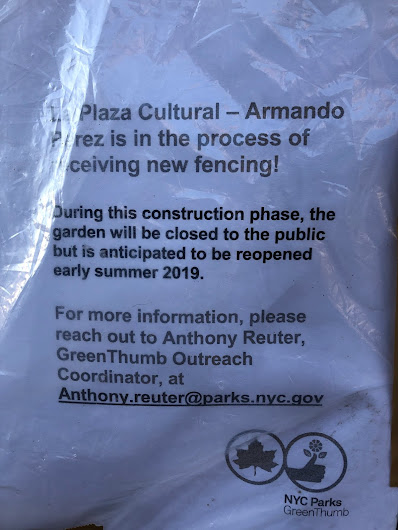 As noted back in the fall, to accommodate the new fence, garden volunteers removed the Winter Flowers, the handmade sculptures that Rolando Politi created from recycled materials starting in 2000.

The sculptures, which numbered nearly 350, adorned the top of the fence along Ninth Street and Avenue C, and was one of the more unique public art installations in the neighborhood.

This photo is from the fall... 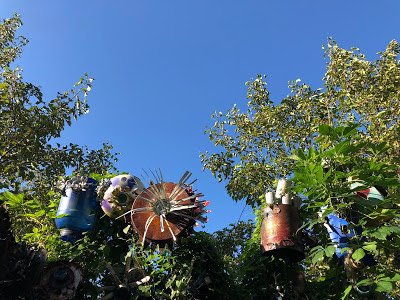 And back to the current state of La Plaza... 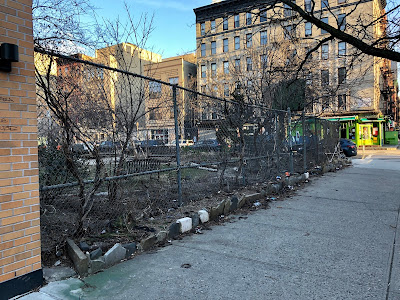 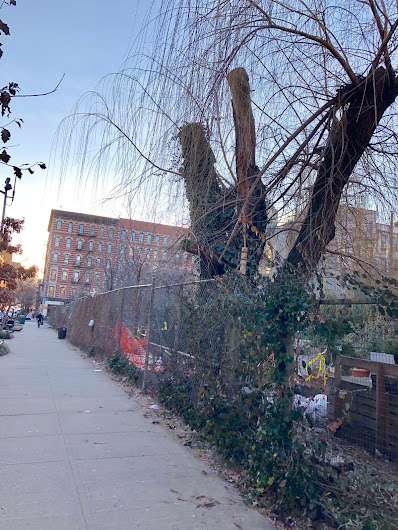 Politi published a book of his work titled "Winter Flowers" ... this flyer has more details... 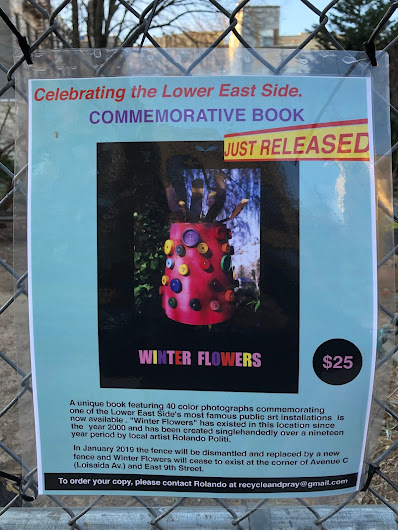 You may email Politi here to order a copy.

Local residents and activists founded La Plaza in 1976. It was renamed in honor of Armando Perez, a community activist who was murdered in 1999, in 2003.

Previously on EV Grieve:
A fall day to remove the Winter Flowers from La Plaza Cultural
Posted by Grieve at 4:30 AM

Great 2001 interview with Rolando Politi about the flowers and the old neighborhood:
http://www.nonsensenyc.com/features/politi_int.html