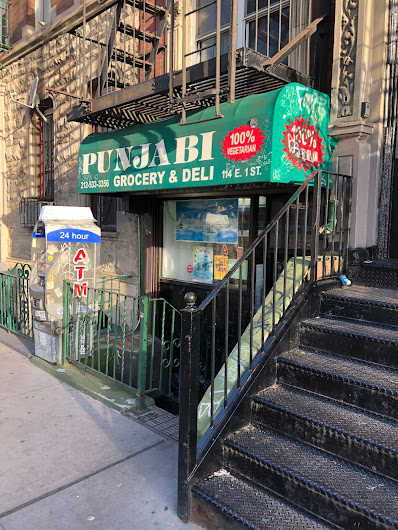 Roads & Kingdoms, a web magazine covering food, politics and travel, filed a long read last week on Punjabi Deli and Grocery, the First Street staple that has seen its business diminish in recent years due to a variety of factors.

The piece provides background on owner Kulwinder Singh, who bought the space just west of Avenue A in 1994.

The East Village today is a wildly different neighborhood than it was when Singh started his business, crowded with high-end restaurants and bars, its streets torn up for seemingly endless construction and development projects. In even less time, New York cabbies have seen their livelihoods upended by ride-share apps such as Uber and Lyft. Still, Singh’s Deli has remained a constant in a city, neighborhood, and industry unsettled by monumental change. Those changes could now pose a serious risk to the Deli’s future.

There's a recap of the issues that Singh has faced, such as the never-ending East Houston Reconstruction Project, which finally wrapped up at the end of 2018 — six years behind schedule.

The construction zone eliminated the parking spaces for cab drivers, who make up a sizable share of Punjabi's business, making it nearly impossible for them to stop in for a meal or break. Those who did stop faced getting a ticket. "Business was so bad, it was tough to pay rent," said Singh.

Pedestrians didn't have much better luck trying to enter the shop through the construction maze, as this EVG photo from 2015 will remind you... 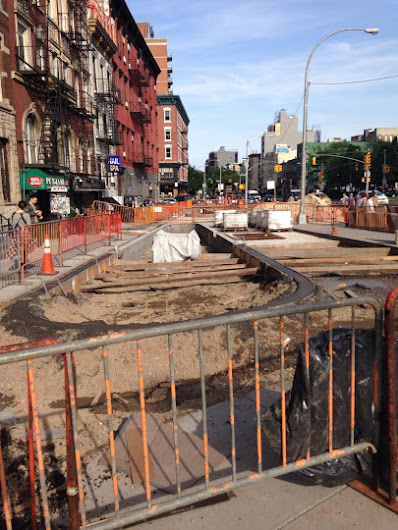 A temporary taxi stand finally arrived around the corner on Avenue A in June 2015, though there isn't any word on the permanent one slated for East Houston/First Street. 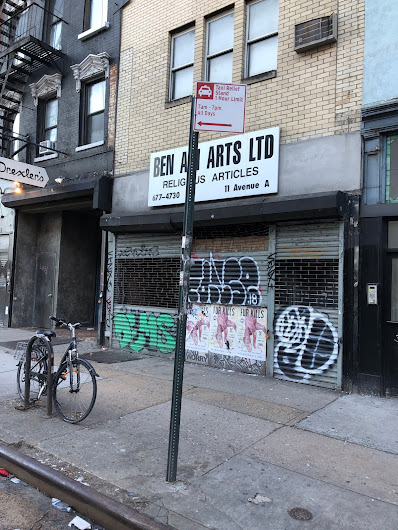 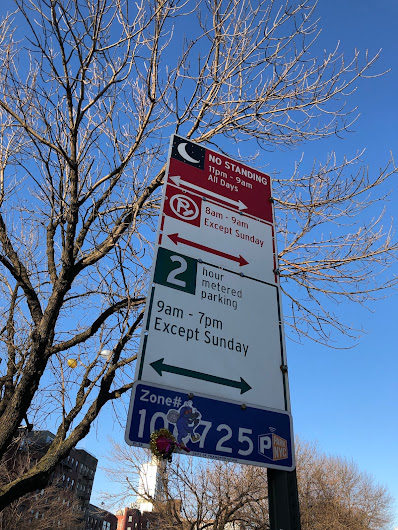 One positive: the last of the construction equipment that had been stored along First Street — for nine years — was removed by the end of the year... 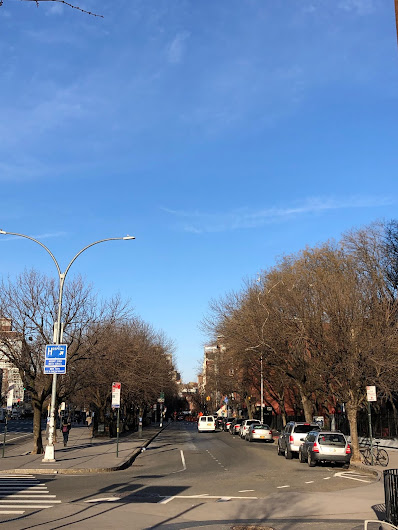 As for cab drivers...

[O]ver the last eight years, Uber and other ride-hailing apps such as Lyft have disrupted the yellow-cab industry. ... Increasing financial burdens and debt, and the diminishing value of a taxi medallion —which drivers spend years paying off — has led to stress and depression among the city’s yellow-cab community, who have struggled to make a living as they compete for customers with ride-sharing apps at their fingertips. In 2017, the number of registered ride-hailing cabs was four times larger than registered yellow cabs.

Both yellow-cab and ride-hailing drivers frequent the deli, and it is business is usual, though the factions are evident. Ride-hailing drivers have no fixed routines, or breaks, and often stop by after long shifts behind the wheel. Singh has seen the effect this has had on professional drivers first-hand. He says ride-hailing apps incentivize drivers to remain logged-in and to work continuously, sometimes putting in 10-hour shifts without breaks, which takes a toll on their mental and physical health. Thanks to greater competition, yellow-cab drivers now feel pressure to take longer shifts too.

So while there's some positive news that the East Houston Reconstruction Project is complete (so we think!), Punjabi will once again have to contend with an active construction zone. This development wasn't mentioned in the Roads & Kingdoms piece.

A 9-story residential building (with ground-floor retail) is going up in the lot right next door at No. 118, as I've been reporting ... 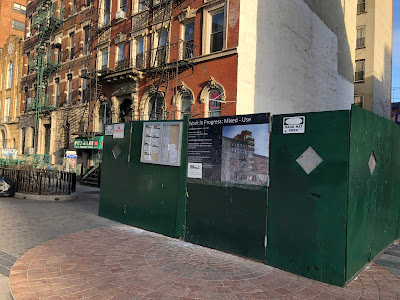 Construction has gone on — with DOB-mandated Stop Work delays — for nine months now, and there's not much to show for the effort. Based on these previous months, this is promising to be a lengthy job that could potentially further diminish Punjabi's business (sidewalk bridge, construction equipment, etc.).

The Roads & Kingdoms piece exits on a somber note...

Singh still has five years on his current lease, but as the deli inches toward its third decade, its future is less certain than ever. This institution that, for decades, has transported an immense diaspora back home may soon be yet another file in the archive of a lost New York.

Several readers forwarded me this article, with encouraging words to support Punjabi Grocery & Deli to help keep them from vanishing.

Taxi Relief Stand arrives on Avenue A; Punjabi Grocery & Deli relieved
Posted by Grieve at 4:31 AM

One really needs to examine the investments by politicians and regulators in these taxi services (there is nothing shared other than one's personal data). now these parasites are clogging our streets so the millenial douchebags don't have to use public transportation.

It is a crowded market: TLC cafe on 2nd st between Av A and 1st is busy, about a dozen vehicles are double parked in front of it daily, then there's Pak Punjabi on 2nd Av and 3rd St and Medina Deli on 11 St across from the Masjid on 1st Av. The city need to dedicate more Taxi relief stands in the neighborhood instead of private storage spots ("Alternate Side Parking").

Different kinds of food in those other places. Punjabi Grocery is specifically vegetarian Sikh, and has media in the Punjabi language, instead of non-veggie Muslim with Urdu media. They also have better food than the other places.

DrGecko is correct, they have much better food and chai then any of the other places. I live across the street from one mentioned above and will gladly walk out of my way to go to Punjabi.