Old Monk has not been open lately on Avenue B 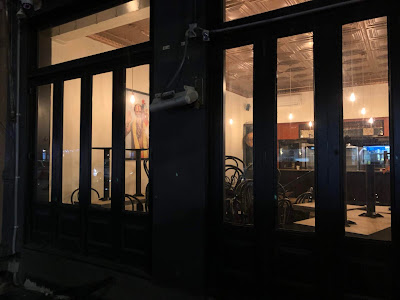 Reader reports are coming in about the status of Old Monk, the Indian restaurant on Avenue B at 11th Street.

EVG regulars Salim and Vinny & O point out that Old Monk has not been open lately... 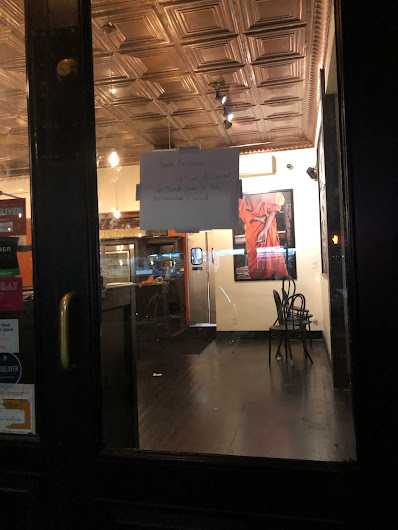 ... with a handwritten closed sign taped to the front door this past week... 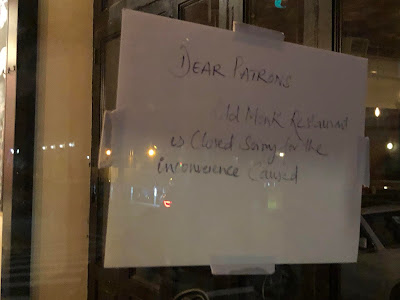 The interior appears to have been mostly cleaned out... 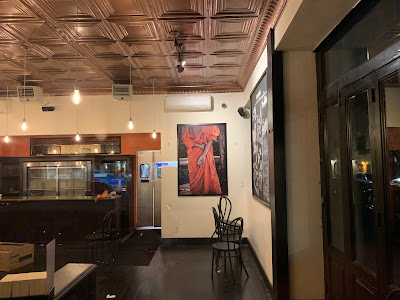 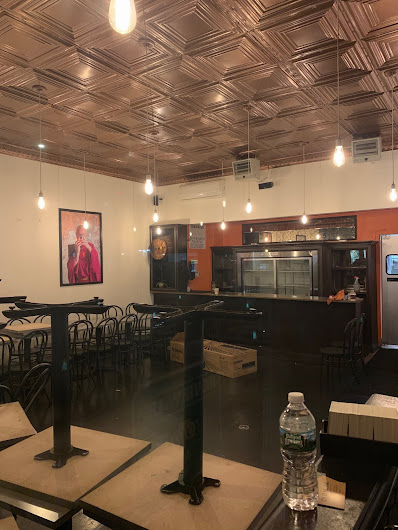 There isn't any message about a closure, permanent or temporary, on the Old Monk website or social media properties. The phone is currently disconnected. (We sent them an email asking about their status, and will update if they respond.)

Old Monk, from prolific restaurateur Sushil Malhotra, whose ventures include Cafe Spice, opened here in July 2017. (People seemed to like the food ... and they were good neighbors, offering a free buffet on Thanksgiving Day 2017 and 2018.)

Photo credits: Salim, top three, and Vinny & O, the last two
Posted by Grieve at 4:10 AM

I've been here several times and always love the food and really great service. For some reason though the place never took off with the foodie crowd which unfortunately is mandatory for a restaurant to survive in NY these days. If you don't get written up by some trendy food guru you cannot survive on support form locals only sadly.

And prior to all the restaurants it was the first non-Kim's video store in the EV (late 80s-early 90s), and long before that a 24-hour heroin deli that also ran a prostitution ring out of it (1970s-circa 1987).

oh man. this sucks. I only went once or twice, but the food was great and service was like no other. The owners were amazing.

Well, the exec chef has another joint in Irvington, NY, so he's not too worried about this closing. I always appreciate when a restaurant updates its presence so people wouldn't travel to dine there just to see a down gate.

This is too bad, but not unexpected. Their grand opening was a bit erratic, the pricing was a bit high, and their hours seemed a bit too limited. The good news Is that Desi Galli, which is located diagonally across the street, is still open for business, and they make great Kati rolls and samosas, the spice level is just right, and all of their entrees are made to order.