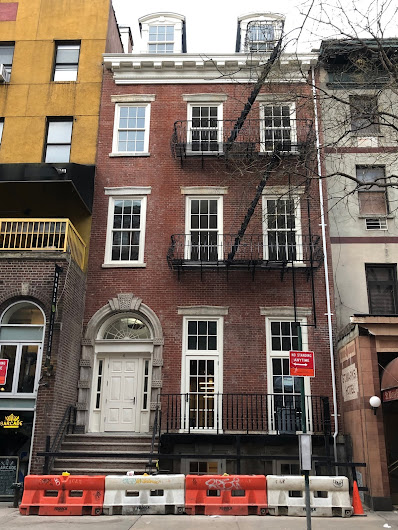 Last month around this time, workers removed the construction netting and scaffolding from 4 St. Mark's Place — aka the Hamilton-Holly House, circa 1831 — after nearly two years of renovations. However, the plywood remained, covering the ground-floor and entrance.

Now, though, as you can see in the top photo, workers have taken that away as well.

As previously noted, the renovation of the landmarked building between Second Avenue and Third Avenue included an expansion in the back of the building, doubling the number of residential units from three to six.

The Hamilton-Holly House was once owned by Alexander Hamilton’s son. The Federal-style townhouse changed hands for $10 million in the spring of 2016.

Find more history of the address at this 6sqft feature. 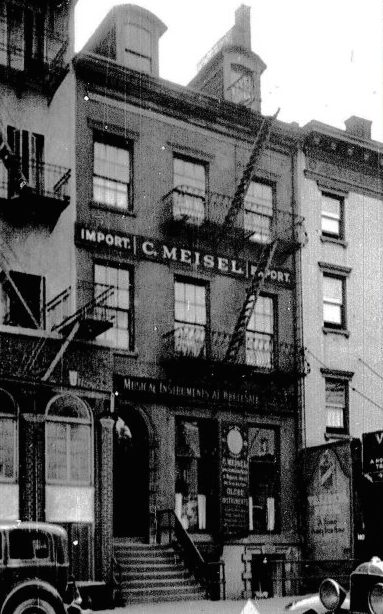 You'll be back: Look at the renovated Hamilton-Holly House on St. Mark's Place
Posted by Grieve at 4:20 AM