Former Old Monk space for rent on Avenue B 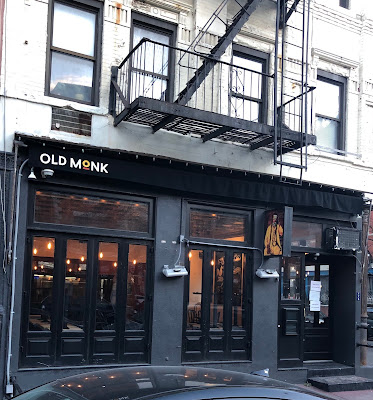 It didn't take long for a for-rent sign to arrive at 175 Avenue B, the now-former home of Old Monk at 11th Street.

Back on Monday, we noted that Old Monk hadn't been open for the past week-plus during announced business hours. A rep for the Indian restaurant confirmed the closure in an email on Tuesday, noting "It just didn’t work out."

No word on possible asking rent at the moment... the for-rent signs are homemade for now... 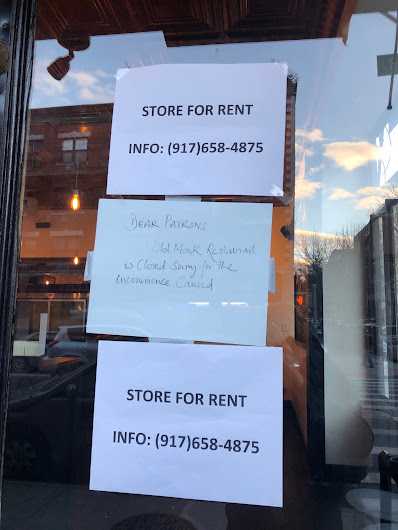 Old Monk, from prolific restaurateur Sushil Malhotra, opened in July 2017. Previous restaurants at this address have included Babu Ji, Spina, Uovo and Panificio.
Posted by Grieve at 4:01 AM

Email ThisBlogThis!Share to TwitterShare to FacebookShare to Pinterest
Labels: 175 Avenue B, for rent, Old Monk

Anything but a bar ™