Garbage bags now adorn the windows at Out East 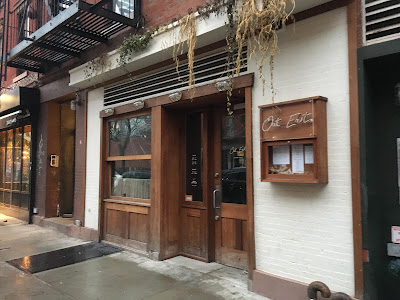 Out East has been closed the past two months here on Sixth Street between Avenue A and Avenue B.

There hasn't been any sign of activity at the restaurant — except for the black trash bags that someone covered the windows with last week... 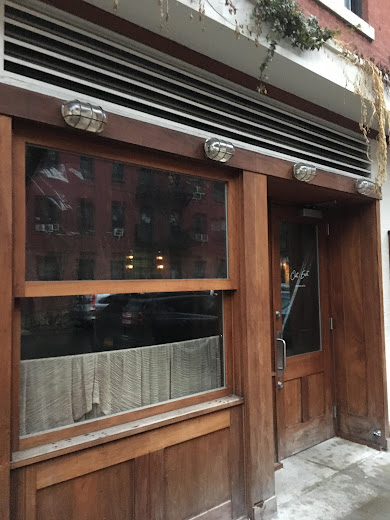 There was never any announcement about a closure at the seafood-centric restaurant that aspired to bring a little Montauk to Sixth Street. The Out East website has "expired" while Open Table notes the place has permanently closed.

One EVG reader who dined here a few times noted that after a strong debut last April, Out East quickly fell apart, with disorganized service and marginal food and portion size for the price.

The operators of the two-level, 124-seat restaurant — which underwent an extensive gut renovation to make it Out East — have been involved with hotspots such as Beauty & Essex and Stanton Social. Perhaps they will try something different in this space.
Posted by Grieve at 4:00 AM

Email ThisBlogThis!Share to TwitterShare to FacebookShare to Pinterest
Labels: Out East, restaurants that are now closed