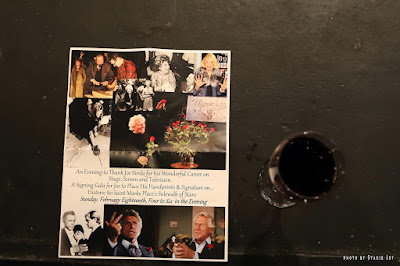 Theatre 80 on St. Mark's Place paid tribute to actor Joseph Sirola yesterday with a ceremony that included clips from his hundreds of TV, film and stage credits.

As the New York Observer described him a few years back:

More recently he became a Tony-winning producer for "A Gentleman’s Guide to Love & Murder."

While he may not be a household name, people do recognize his voice thanks to shooting more than 10,000 TV commercials. (The Wall Street Journal once referred to him as "the king of voiceovers.")

Sirola, 88, a longtime Upper East Side resident, added his name and handprints to the celebrity “walk of fame” outside 80 St. Mark’s Place last night. His cement imprimatur will join others such as Gloria Swanson, Joan Crawford and Myrna Loy. 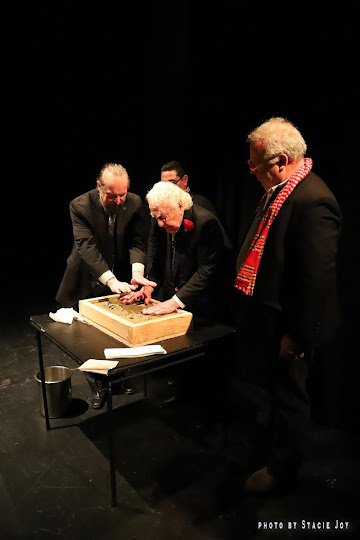 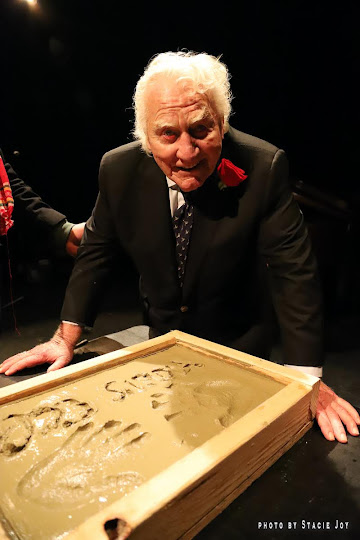 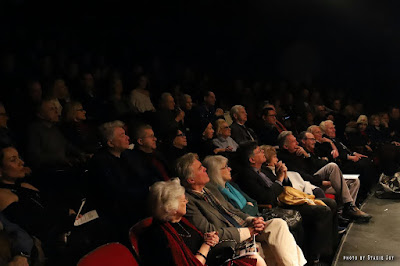 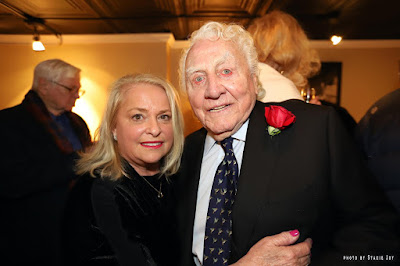 [Sirola with his partner Claire Gozzo]

Email ThisBlogThis!Share to TwitterShare to FacebookShare to Pinterest
Labels: Theatre 80

I like that Theater 80 does its own Walk of Fame outside the theater on St. Marks Place. I can't help wonder what the criteria are for inclusion, though...such a random bunch of honorees!

Joe Sirola passed away exactly 356 days later on 2/10/2019 of respiratory failure, in the hospital in New York. Thank you for the wonderful memories, you will be greatly missed by all.