Storefront makeover for the former TakeMeHome Rotisserie Chicken on Avenue A 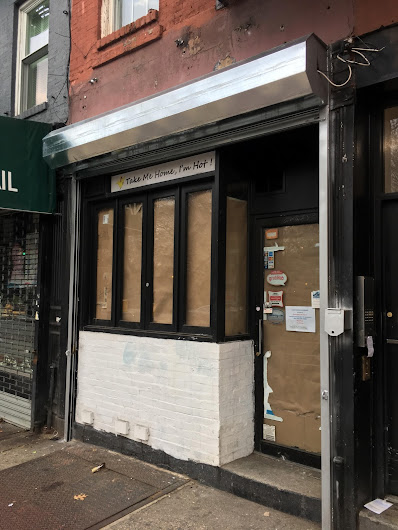 The former TakeMeHome Rotisserie Chicken space is getting a makeover at 151 Avenue A between Ninth Street and 10th Street... on Saturday, just the "Take Me Home, I'm Hot!" signage remained... 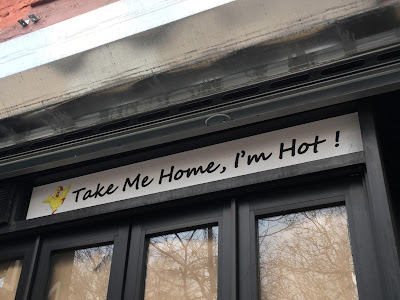 That was gone by the end of Sunday... 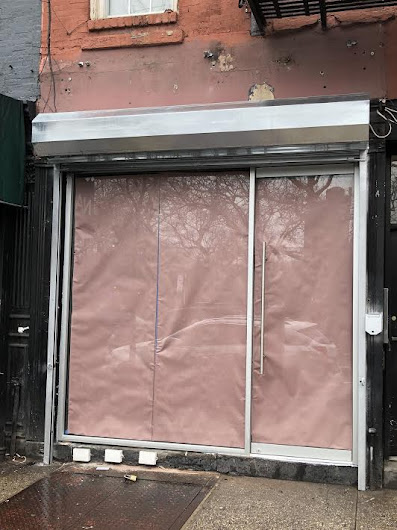 There aren't any work permits on file with the city for the storefront's renovation ... so that eliminates one way of finding out what might be next here. (Going with either dessert or a smoke-vape/vape-smoke shop.)

The space has sat empty since TakeMeHome officially closed in the summer of 2016. (As you may recall, TakeMeHome would close for weeks at a time.)

TakeMeHome opened in November 2014. The address was previously a San Loco outpost.

another frozen treat, what else.

Cheap margs and good crunchy tacos at san loco, good chicken and sides and cornbread at take me home. Law of averages be damned, hopefully this is a useful place for a third time on the trot, whatever it may be.

Smoke/Vape ~ Vape/Smoke is a solid guess! I peaked in the edge of the window and there are display cases and some of the wall mounting board which is often used.

I give up. Guess I'll start vaping, whatever the hell that means. I mean, who ISNT selling that stuff these days.

How about a Chicken-scented Vaping Shop?

San Loco on Avenue A was ill-fated because they had two locations nearby on Second Avenue and Stanton Street already.

San Loco should be preemptive and open a new location in Greenwich Village then close the one on Stanton as they're goners at Stanton once the lease is up or whenever the landlord decides to kick them out for a more monied tenant. Greenwich Village is the place to move, ideally MacDougal Street between Bleecker and W.3rd Streets where they'd make a killing, but that'd make too much sense for them. They'd rather be open 'til they have to shut down and be down to one measly location in Williamsburg thus one more closing from being extinct. They still think it's the Lower East Side of 1986-2010.

It's sad…I'm sure they thought from the start that any store that began with a concept like, "Take me home, I'm hot!" (Ooh, big boy, take me home!) was a winner.