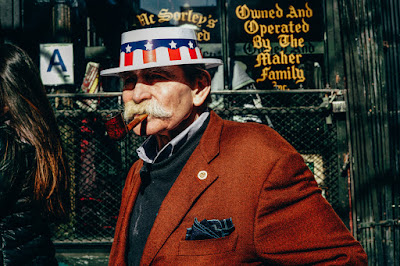 McSorley's celebrated its 164th birthday yesterday over at its home (of 164 years!) at 15 E. Seventh St. near Cooper Square. EVG regular Dan Efram shared these photos.

Part of the festivities included, as always, the presence of the musket-toting McSorley's militia... 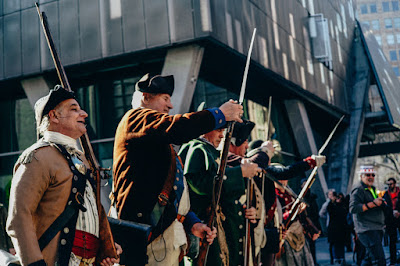 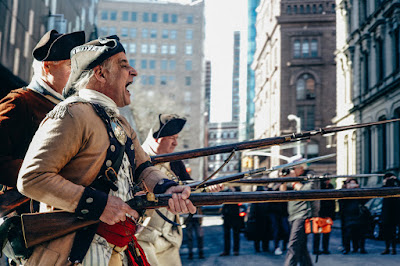 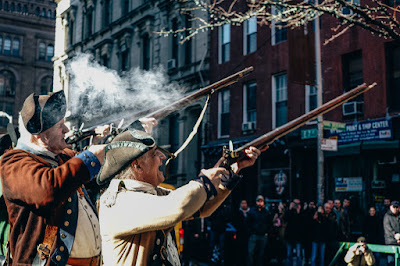 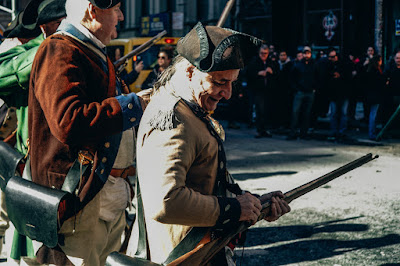 Because someone always brings this up...Per New York magazine several years ago: "Though McSorley’s claims it opened its doors in 1854, NYC historian Richard McDermott used public records to prove it really opened in 1862."

oh hell yes! for those about to defend mcsorley's, we salute you! FIRE!

You'll shoot your eye out.

Thanks all! Fun times.

A couple of those guys look like they've been around since 1862. Which of course was well after the minute man days which is what makes it even more of a shit show.