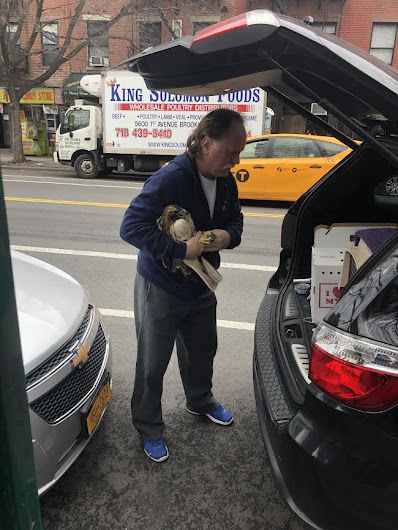 A rep from the Wildlife in Need of Rescue and Rehabilitation (WINORR) returned Dora to Tompkins Square Park today.

The red-tailed hawk injured a wing back in late November. She has been in WINORR's care since then.

She has apparently made enough rehab progress to attempt a release on her home turf... 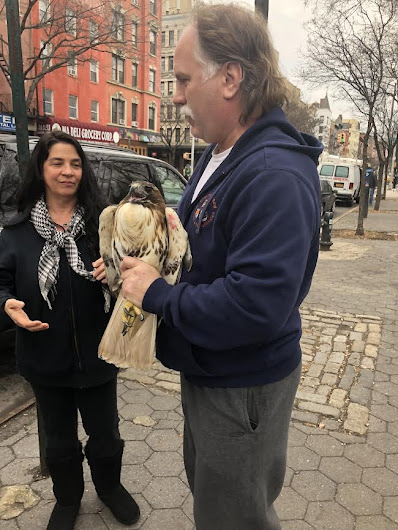 No one really knows how this is going to work. Injured wing aside, Dora's longtime partner Christo has basically set up house a nest with another red-tailed hawk, the mysterious Not-Dora/Nora. Goggla has the latest on that situation here.

EVG correspondent Steven, who shared these photos, said that after taking off, Dora has been perched in a tree near the dog run and hasn’t left.

Will update later. Be sure to visit Goggla's site here as well for more observations on Dora's return. 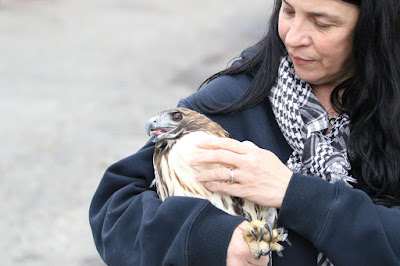 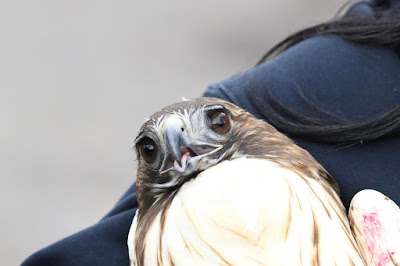 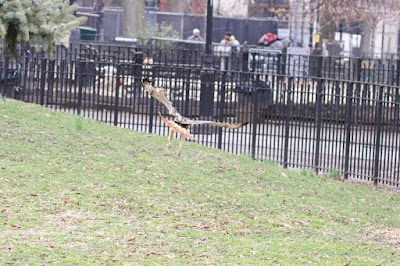 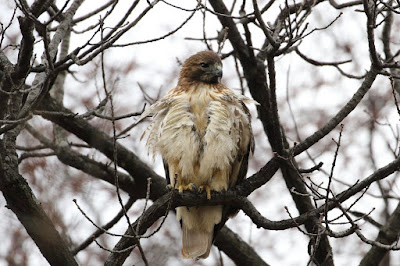 Well, quite a day, per the red-tailed hawk watchers in the Park.

First, the good news. Dora appeared to be getting around OK on her rehabbed wing. 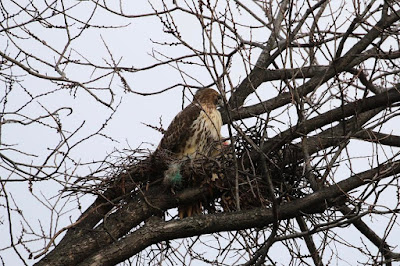 Then she swung by the nest that Christo has been making with Not-Dora/Nora... 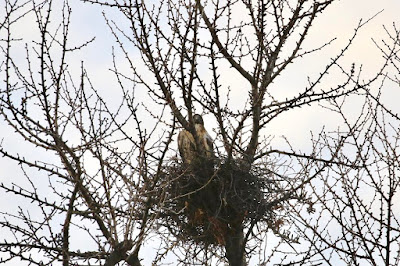 She also went atop St. Brigid's on Avenue B at Eighth Street... 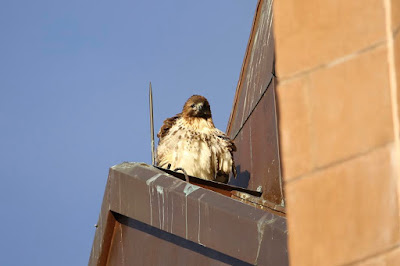 Steven last saw her leave to roost on Seventh Street... 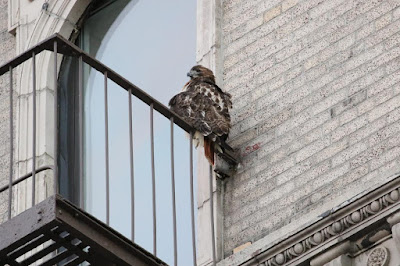 There was some kind of skirmish between Dora and Christo and Not-Dora/Nora. (Hopefully Goggla will fill in the narrative here on her post.)

And there wasn't any romantic, fairy-tale reunion between Christo and Dora, who have had like 10 hawklets together.

Christo and Not-Dora/Nora were spotted mating on the Christodora House... not too far from where Dora was perched... 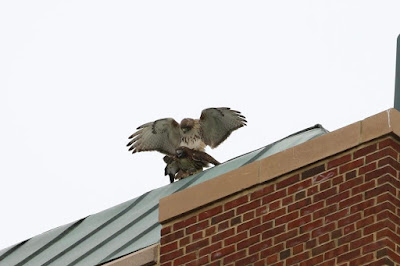 Here's a link to Goggla's post with a lot more photos — and video.
Posted by Grieve at 1:00 PM

uh oh! I see some Dora/Christo drama in the near future.
Take back your man Dora!

First Opie and now Dora, a good day for TSP wildlife. I sincerely hope Christo does the right thing and takes back his long-time mate...

And this is the coolest soap opera since the original Dynasty.

I don't know if I should read the updates as they vome in now or save them all to binge read later !

Was so good to see her back...even if a little understandably disoriented and confused!

Why aren't we calling the new one Whora?

Thanks for all the updates, EVG, and, Goggla (wonderful pics on your site!).

But all animals are sluts. It's the wild kingdom after all.