650 E. 6th St.prepped for demolition; new condoplex on the way 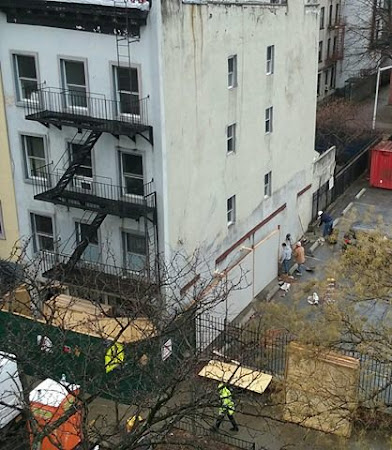 An EVG reader shared the news this past Friday that workers started prepping the four-story 650 E. Sixth St. for demolition.

The building here just west of Avenue C is coming down to make way for a 7-story building that will apparently house condos. 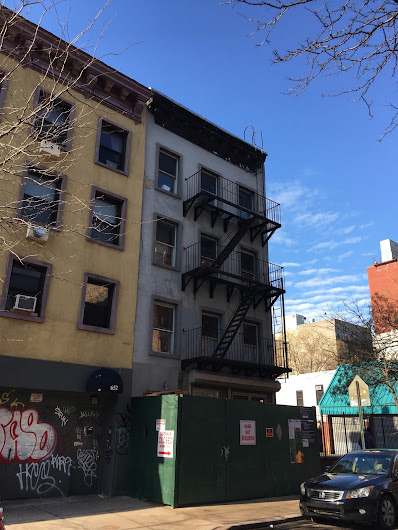 This comes nearly two years after the building's new owners filed plans for the project. (The DOB OK'd the new-building permit in December.)

As New York Yimby noted in January 2016: "The 8,491-square-foot project will include 7,761 square feet of residential space, which means units will average 1,552 square feet apiece, indicative of condominiums."

Public records show that this building changed hands for $2.8 million in August 2013. The new owner is named East Village LLC in the filing.

No sign of a rendering just yet via RSVP Architecture Studio, whose other EV work includes the incoming condoplex on Second Avenue and First Street.

Meanwhile, in a positive development on this block, the city finally removed one of the two portable boilers late last year that had been parked here since Superstorm Sandy in 2012. 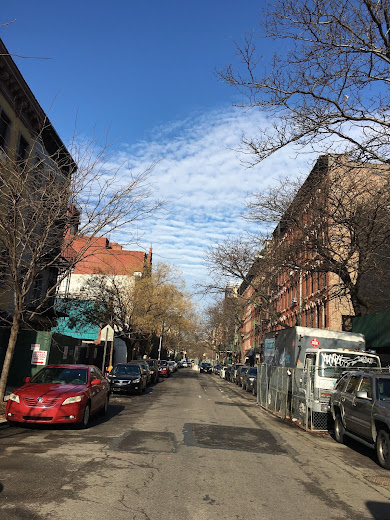 Previously on EV Grieve:
Report: Plans in the works to convert 650 E. 6th St. to condos
Posted by Grieve at 4:32 AM

So the DOB commies at Havana on the Hudson took only two years to approve this, eh? It would have been done faster in Cuba, or in JFK speak, Cuber.

there is apparently no stopping developers from completely demolishing our entire city before long. http://nymag.com/daily/intelligencer/2018/02/the-death-of-a-skyscraper.html

It is one thing when a business district loses a landmark worthy building but soon neighborhoods like ours will be unrecognizable with all new construction from this century.

Such a shame, those buildings signify the neighborhood.
That is also why there is so much filming in this neighborhood -
it looks like NY - or still for now anyway.

Money talks city is going down the gutter more then it already is !!