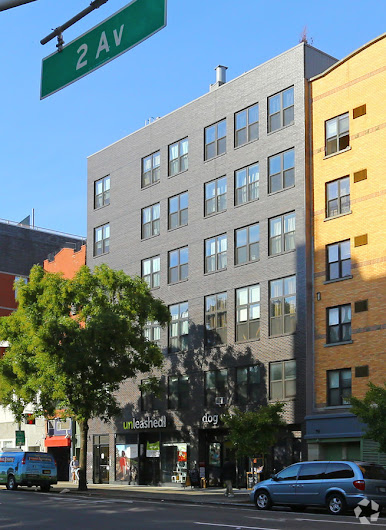 A sales listing for 31-33 Second Ave. arrived on LoopNet earlier this month.

There's not much info about the property here between First Street and Second Street:

The prince tag is a whopping $40 million.

Developer Ben Shaoul bought this property for $5.6 million in 2011. At that time, it looked like this... 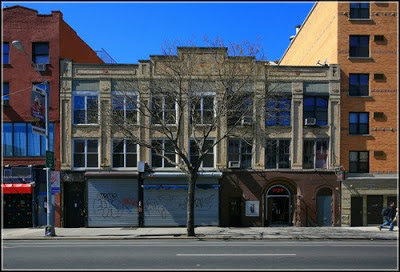 The generic-looking luxury rental that later emerged on the site with three extra floors was called the Luxe East.

In 2015, he sold it for $29 million to real-estate investor Sunny Yung, The Real Deal reported.

According to Streeteasy, the average rental in the elevator building with central air is $5,300.

The Unleashed by Petco in the retail space closed last month after two-plus years in business.

It hurts the soul to see such a beautiful building, that lasted at least 100 years
turn into something so characterless.

What a total piece of garbage. Why bother building anything beyond a piece of crap that looks like the poop emoji when you can throw up an ugly looking building and flip it?

I wish there was a law against building ugly ass buildings.

From the sublime to the horrific. Seriously, someone needs to go to jail for foisting that piece of gray sh*t on the neighborhood.

And a law against flipping them as well.

This is such a POS building. The units don't even have living rooms - they're just bedrooms clustered around kitchens. It's a friggin' DORM that couldn't even be converted into anything "luxurious" or useful without being torn down and built up again.