At the annual Mr. Lower East Side Pageant (in Queens) 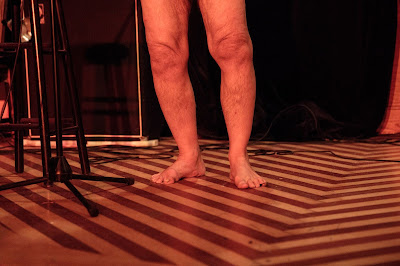 Photos and text by Walter Wlodarczyk

Saturday saw the return of the Mr. Lower East Side Pageant — Downtown's answer to traditional beauty pageants that founder
Reverend Jen has described as being similar to Miss USA, "if all the performers were hairy and liked Budweiser."

The male-objectifying celebration of the weird is now in its 18th year, though fans might note that Saturday's was actually the 18th-and-a-half installment of the pageant, owing to the fact that the first attempt at the 17th was terminated just a few contestants into the first round, due to (in Reverend Jen's words) "reasons we won't go into."

As always, the pageant consisted of three rounds — a one-minute talent competition, swimsuit, and evening wear combined
with question-and-answer. This year's competitors featured regular favorites (such as Tommy D Naked Man) and first-timers (artist Lisa Levy, who was crowned Miss Subways in September, attempted to add the Mr. LES crown to her collection).

Talents on display included butt painting, Barbra Streisand impersonation, and the filmmaker Dylan Mars Greenberg selling her artistic integrity in exchange for promoting their new feature film "ReAgitator: Revenge of the Parody," which you can now purchase on Amazon Video.

But it was Fun With Fritz who took the crown, having demonstrated considerable talent by making an omelette in his cod piece before having audience members roll him into a human breakfast burrito, not to mention flawlessly completing the Q&A segment by rattling off the names of numerous shuttered Lower East Side businesses.

Fritz promised to use the great responsibility of the Mr. Lower East Side crown to advocate for changing our currency from dollars to kindness. 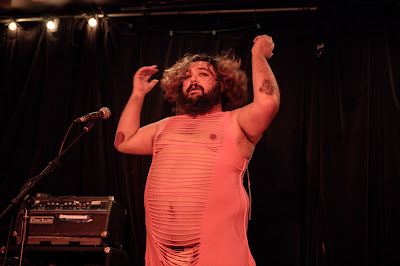 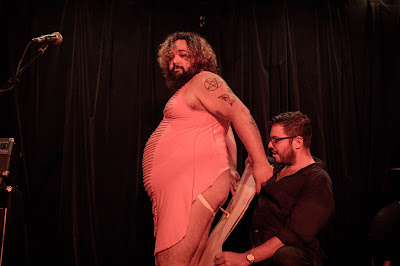 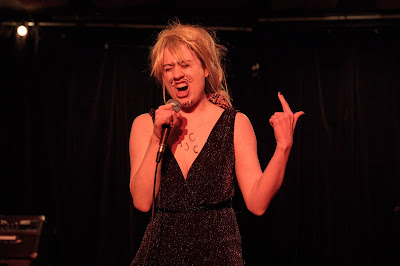 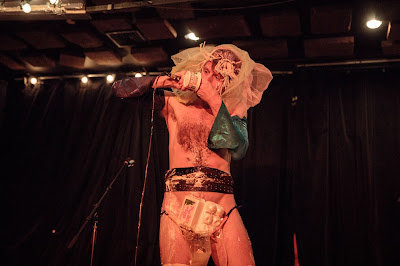 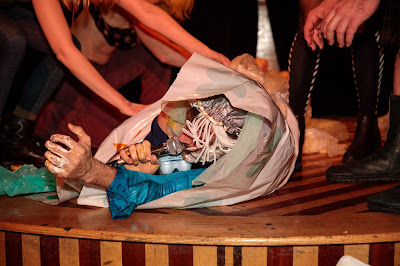 [Fun With Fritz as a breakfast burrito] 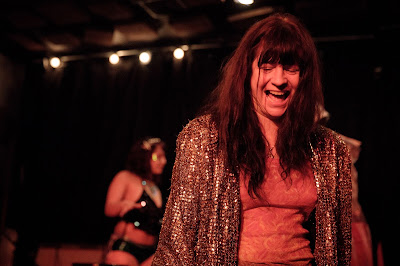 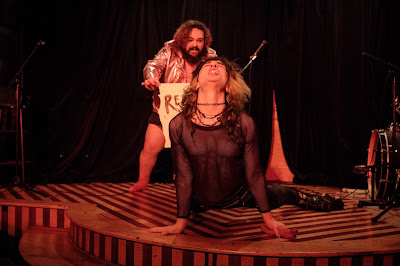 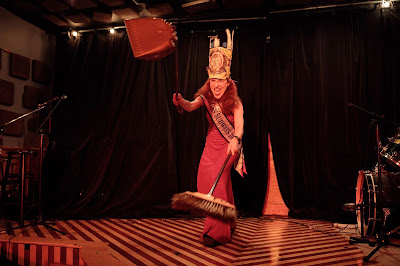 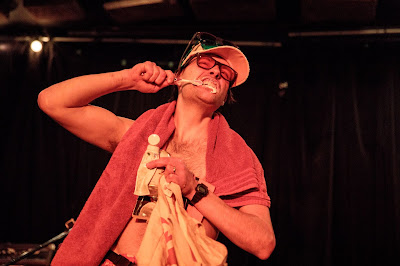 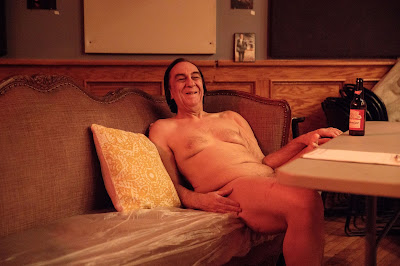 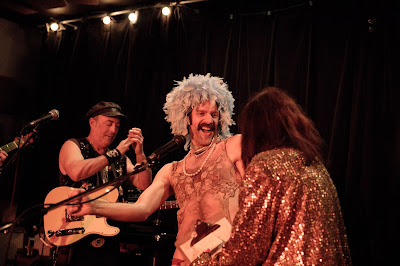 [Fun With Fritz is crowned winner] 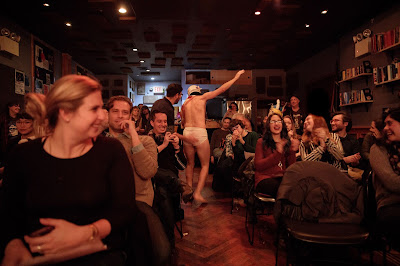 Thanks to Walter Wlodarczyk for the photos. Find more of his work here. Reverend Jen has an art show up at MF Gallery through Saturday.
Posted by Grieve at 8:30 PM

Email ThisBlogThis!Share to TwitterShare to FacebookShare to Pinterest
Labels: Mr. Lower East Side

Ridgewood Queens is now more LES than the actual LES. LOL. I believe it.

Seriously, I'm so sorry I missed this.

Looks like a fun time. Sorry I missed it.

Walter you killed it!

There's no email list it's posted on fb as an event months before.
My videos were too raunchy and now I am banned from fb for posting them on there for a month!
THANKS A LOT TOMMY D NUTSACK!