A look at the former GG's space on 5th Street 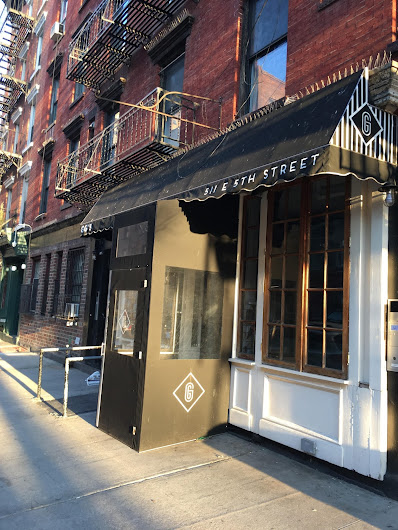 GG's ended its three-year run on Fifth Street between Avenue A and Avenue B two months ago to the date — Dec. 23.

The pizzeria's ownership decided to focus on other projects. It had been reported that Emmy Squared, the Williamsburg pizzeria serving Detroit-style pizza, was taking over. (CB3 OK'd their new liquor license back in December.)

A few readers asked what was happening with the space... there hadn't much activity here. In fact, a look inside in late January showed a motorcycle parked in the former dining room... 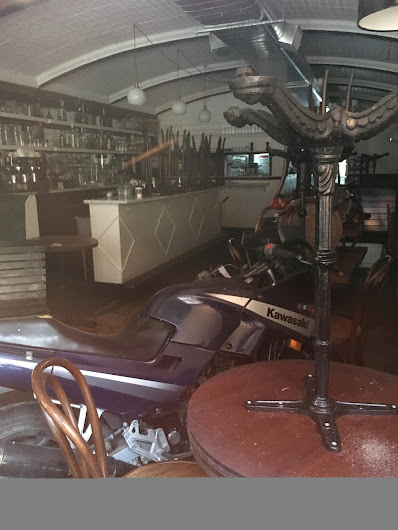 Since then, the space has been cleared out... 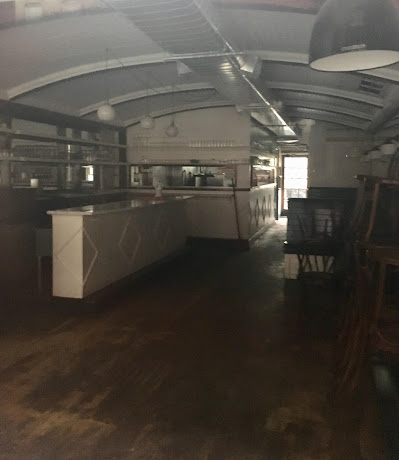 I reached out to the Emmy Squared folks a few weeks back... and they didn't have any updates just yet. They originally expected to open this spring, per Eater.

Emmy Squared is also opening an outpost soon in Nashville.
Posted by Grieve at 5:49 AM

What exactly is "Detroit-style" pizza? Something to do with motor oil comes to mind…

(Never mind; I took a look at the link.)

You can see more (other?) empty store front on my Skeetmotis blog
https://skeetmotis.blogspot.com/search/label/empty%20store Leave a comment or two?

Ok, I looked at the link as well. Isn't Detroit-style the same as Sicilian? We need a pizza expert to chime in.

Sicilian is thick crust baked in a rectangular pan. Deee-troyt has a thick crust, and the crust is oiled to make it crispee and crunchee.

With Detroit styled pizza the sauce goes on top of the cheese.

As a pizza eater for 5 decades, I never heard of Detroit style, sounds like some price gouging hipster marketing gimmick.

Since this eatery is gone, it seems like no one gave a damn anyway.

Le Tableau here is much missed.