Another day, another cannabis operation arrives 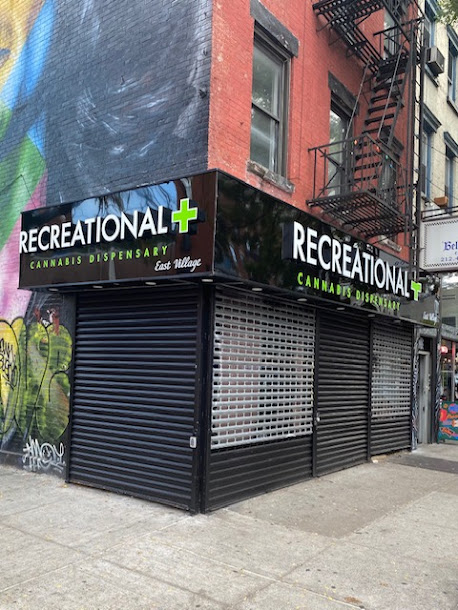 Signage is now up for a Recreational Cannabis Dispensary on the SE corner of First Avenue and 11th Street. (Thanks to Lola Sáenz and Steven for sending photos yesterday.)
While the shop isn't open just yet, it's the latest weed-friendly storefront to open in the East Village (and NYC) in recent months. (And we haven't mentioned the new one now on the NW corner of First Avenue and 10th Street.)
Of course, none of these operations are legal just yet.
As Emily Stewart wrote in a piece for Vox last week titled "New York seems to have a weed store on every corner. None of them are legal.":

New York City’s crisp autumn air has a distinct scent to it, and this year that scent is weed. Many of the city streets have a fresh look to them, too — marijuana and cannabis products are for sale, out in the open, everywhere. New York legalized recreational marijuana in the spring of 2021, but the state is still in the process of doling out licenses to legally sell it, which makes the situation ... confusing.

"None of them are compliant, none of them are allowed," said Aaron Ghitelman, a spokesperson for New York state’s Office of Cannabis Management (OCM), in an interview. "They're jumping the gun."

Meanwhile, as Gothamist reported, nearly 1,000 cannabis entrepreneurs are competing for New York's first 150 dispensary licenses ... "all of which will be reserved for people with past marijuana convictions or their family members."
As for this corner of 11th Street and First Avenue, the last retail tenant was Eleven Consignment Boutique, which closed amid a legal battle in November 2019.
Posted by Grieve at 4:50 AM 26 comments: 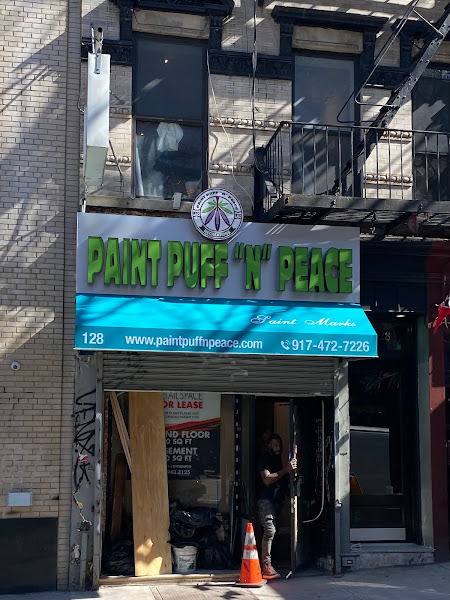 For anyone who says the neighborhood is going to pot!
Singage for Paint Puff "N" Peace arrived this week at 128 Second Ave. just south of St. Mark's Place... 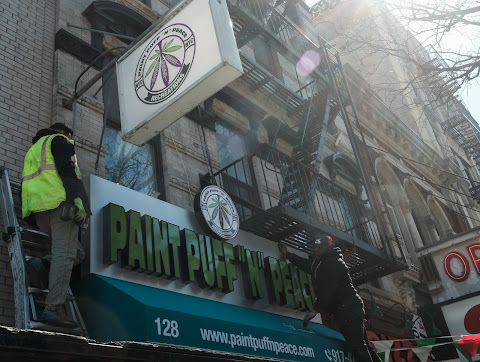 This is the latest outpost for the cannabis shop, which first opened in East Harlem last fall —and with endorsements via Nick Cannon and Fat Joe, per The City. (Paint Puff 'N' Peace takes the EV space from the Village Dream Tattoo and Piercing shop.)
New York legalized marijuana use last spring. However, as The City points out: "Bureaucratic delays — made worse when Andrew Cuomo resigned as governor in August — have pushed back the timeline by months and the city may not see many (or any) pot establishments open their doors for sales in 2022."
As a workaround in the short-term, businesses offer services such as a curated cannabis concierge service with membership fees, such as at the Empire Cannabis Clubs that opened on Allen Street in January. Higher Empire, which is opening at 71 First Ave. between Fourth Street and Fifth Street, the business is described as a "cannabis club and delivery service."
This Bloomberg CityLab article from last week addresses many of the challenges budding cannabis entrepreneurs are facing...

Like most states, New York's law requires that dispensaries be a certain distance from schools and houses of worship. These and other expected regulatory requirements for where dispensaries can be located pose a particular challenge in dense New York City, where entrepreneurs say some of the neighborhoods with high expected demand — like Harlem and the Lower East Side — offer very limited available space.

The geography puzzle is just one of a number of real estate hurdles for prospective marijuana entrepreneurs, who face a morass of potential regulatory obstacles — and fierce competition. Although New York's Office of Cannabis Management has released some baseline guidance, like the storefront distancing requirements, there are still a lot of unknowns.

Top photo by Steven; second photo by Derek Berg
Posted by Grieve at 4:50 AM 7 comments: 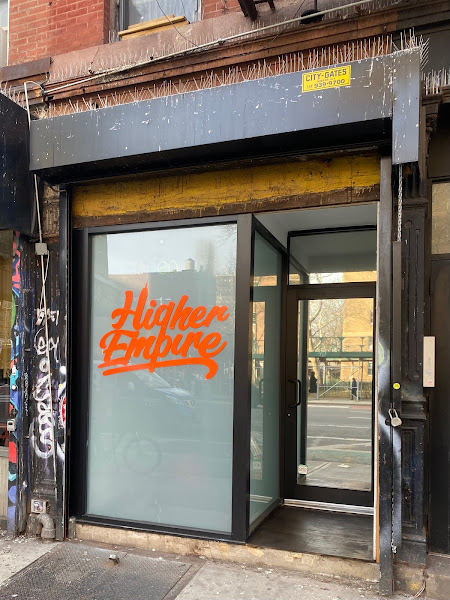 Photo by Steven
Higher Empire signage arrived over at 71 First Ave. between Fourth Street and Fifth Street in recent days.
According to the Higher Empire website, the business is described as a "cannabis club and delivery service."
You can hit the website here for more on the products/services, etc. They have an Instagram account too.
This storefront was previously Alex Shoe & Watch Repair. Alex never reopened after the PAUSE of March 2020.
Posted by Grieve at 4:50 AM 7 comments:

At the NYC Cannabis Parade 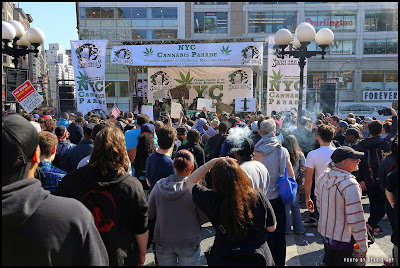 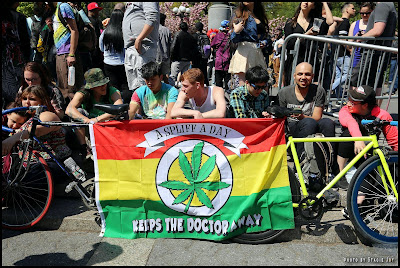 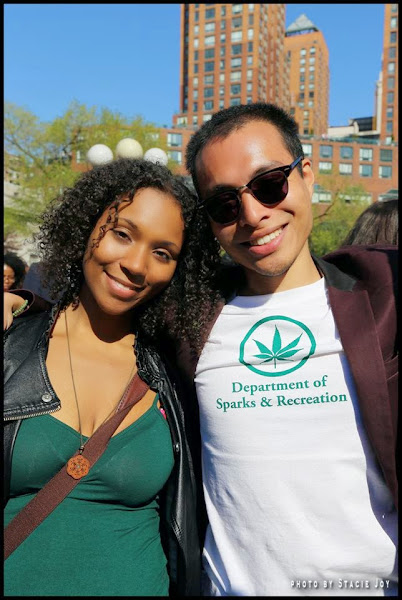 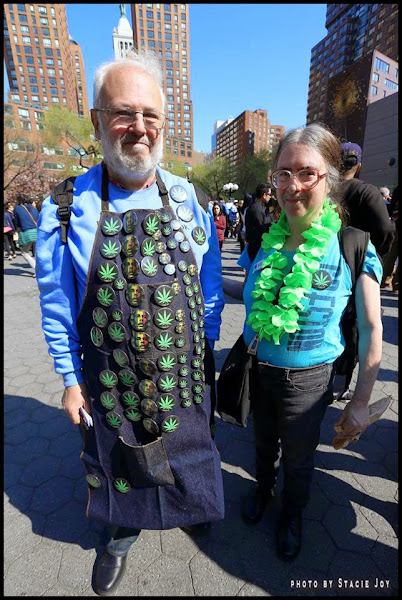 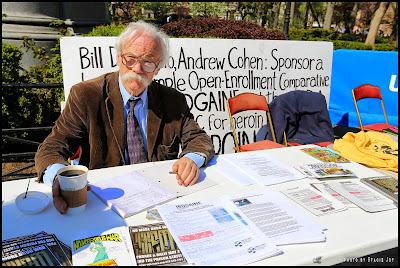 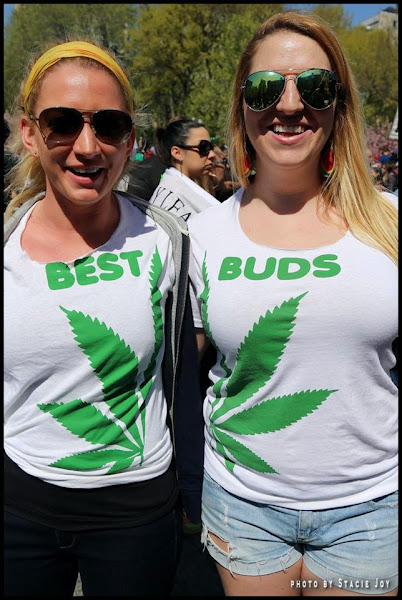 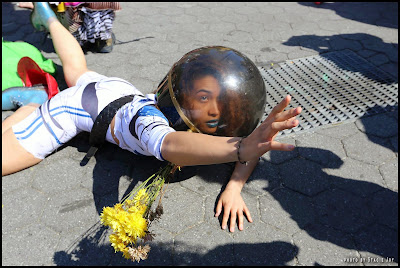 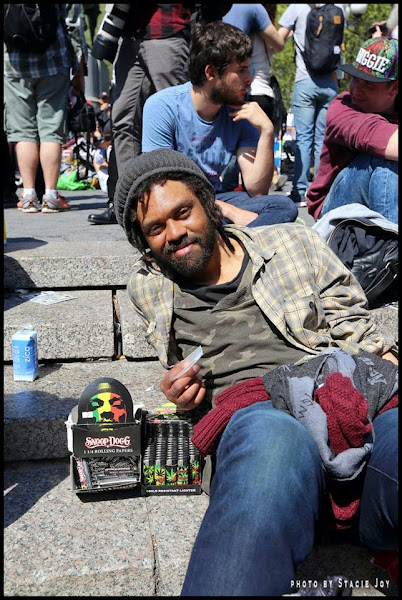 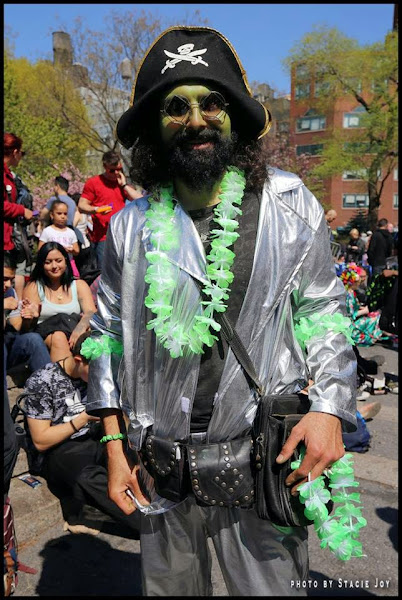 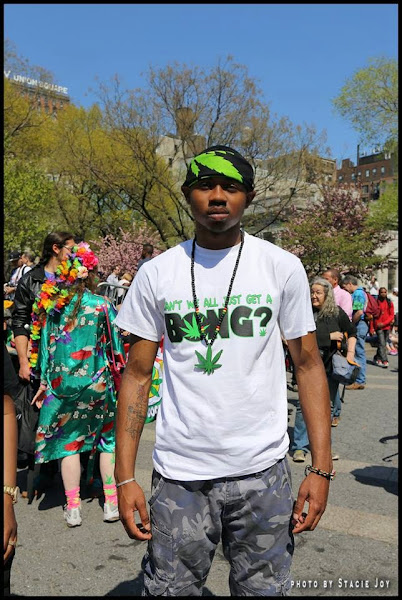 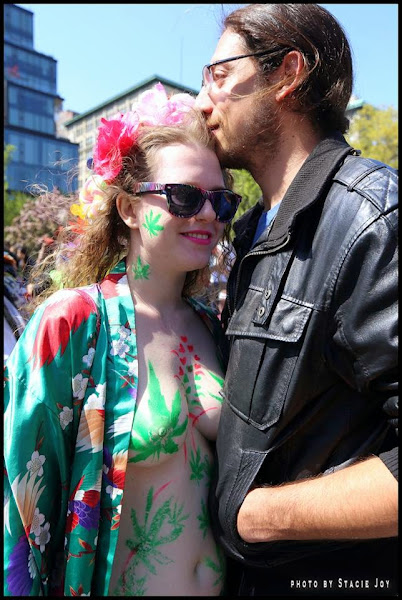 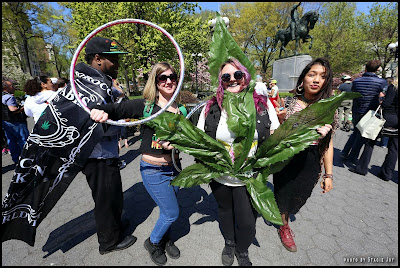 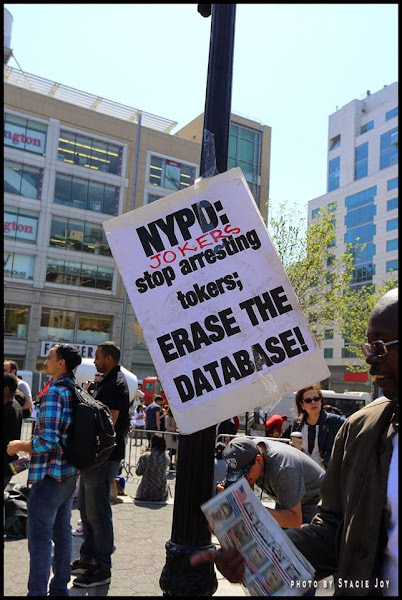 “We have zero arrests, and we don’t plan on having any,” one sergeant told a Post reporter.

Advocates praised the cops’ mellow take on toking as the latest sign New York was inching toward decriminalization.

Last month, Brooklyn District Attorney Ken Thompson warned the NYPD in a memo obtained by The Post that his office would no longer prosecute people caught possessing — or even smoking — marijuana in public.

The grass is always greener on Second Avenue 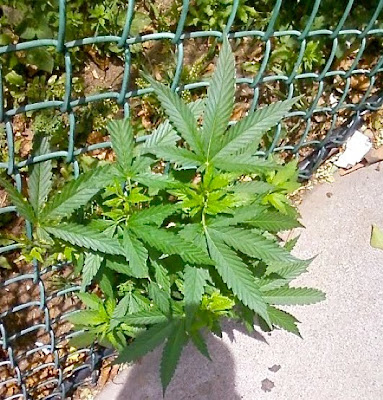 NYC the Blog reported Friday that a pot plant was found growing here in the wild... Sure, you can click on the NYC the Blog link to find out for yourself where this might be, but I will not be the one to tell you it's on Second Avenue near First Street. No, that wouldn't be the right thing to do. As for looking for it myself, I can neither confirm nor deny that.

Anyway! As NYC the Blog wrote: Is this a public art project meant as wry commentary on how New York City is going to pot?
Posted by Grieve at 6:49 AM 1 comment: