First things first. There's a Vitamin Shoppe coming to the corner of 14th Street and First Avenue at the site of the former First Federal Savings and Loan Association. This thing had been carved up some time ago. I recall it being one of the last Love Stores...and more recently a Duane Reade. 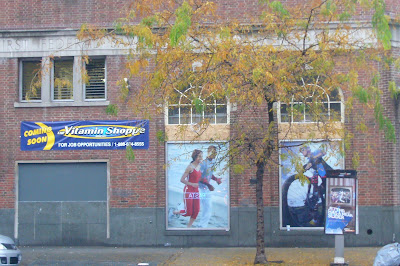 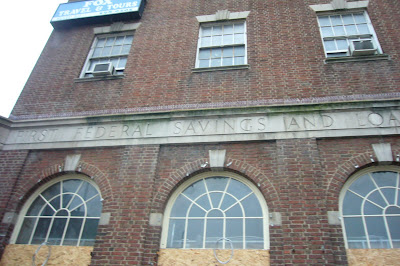 This spot makes perfect sense for a store that sells vitamins given that GNC is one block away on the corner of 13th Street and First Avenue. 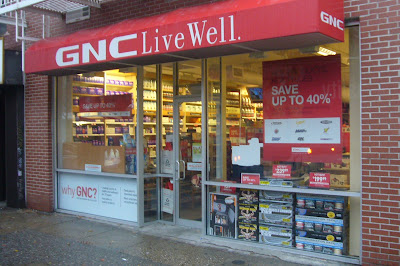 Anyway, seems as if so many of the city's impressive old banks have all been turned into, say, high-end food shops, condos, performance spaces, clothing stores, etc., in recent years. This topic was discussed in a February 2005 Times article.

Why build such evocative Greek temples to begin with? To inspire confidence. When the United States economy collapsed in the Panic of 1893, many people blamed banks for the depression that followed and withdrew their money.
So, banks built in that era (until the end of the Great Depression, when banks began to demystify themselves with glass-fronted branches) were meant to suggest strength, as if they had been there forever.

I'm sure the new generation of high-end clothing stores appreciates these qualities in a building. 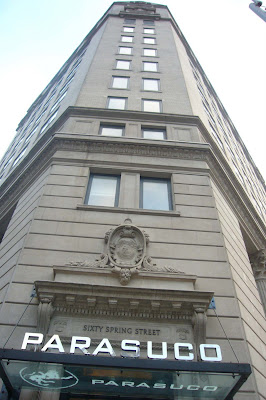