As Eater first reported, that superdeluxe Grimaldi's coming to John Street in the Financial Center was on the verge of eviction back in October. A notice appeared on the dormant Grimadli's site from the landlord's lawyers demanding $25,631 in back rent and other legal fees. The owners had until Nov. 5 to pay.

Well, now! Another notice has appeared on the door... 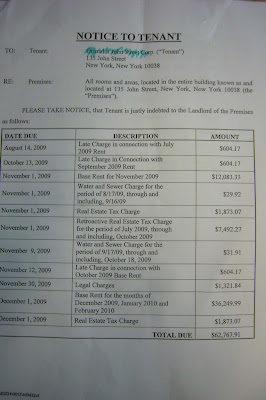 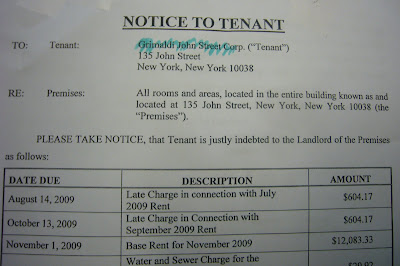 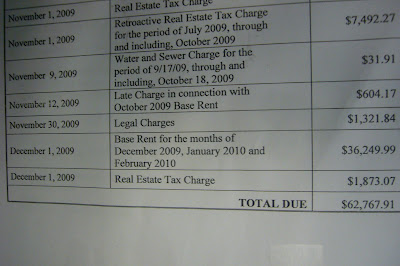 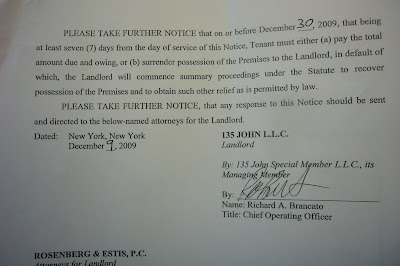 And the "tenant" has until Dec. 30 to take notice...or surrender the space...what next, triple secret eviction?

Back story: In July, it was announced that residents of the former NYU dorm next door at 200 Water St. would be able to bypass any lines at Grimaldi's and get free pizza delivery.
Posted by Grieve at 6:55 AM