Those storefronts next to Veniero's on 11th Street between First Avenue and Second Avenue have their tenants... the Village Veterinarian... and now, the first retail space for Tully's... 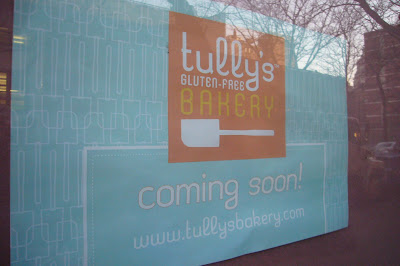 ...the gluten-free bakery that has being peddling its good online and at outlets such as Zabar's. As a site called Gluten Free Atlanta reports, "Tully is an up and coming young female chef in New York City, originally from Memphis, TN, so she’s a gluten-free southern girl at heart. Diagnosed with celiac disease in 2008 and a graduate of Le Cordon Bleu in Austin, TX Tully’s made it her goal to create yummy gluten-free cookies and brownies that actually taste like cookies and brownies."

Oh, but so cruel to make people walk by Veniero's and Something Sweet to get here... 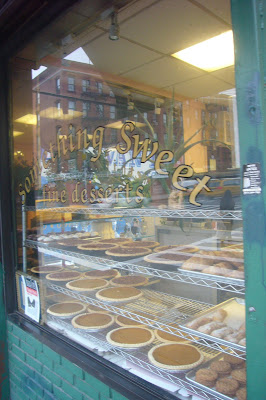 And, you know, Peter has a really nice selection of gluten-free desserts at Whole Earth Bakery on St. Mark's Place...
Posted by Grieve at 6:50 AM

Congrats to Tully! I think her desserts are delicious!

Tully's cookies are great! I'm so jealous of those in NYC.

Hey Tully its your cousin sage, i hope you do great and my mom says hey