First, at the former Australian Homemade ice cream/candy shop on St. Mark's Place near Avenue A ... where, as Eater reported, Michael Huyh may or may not open his Asian-Taco joint called Baorrito here... In any event, Huyn is opening something here... 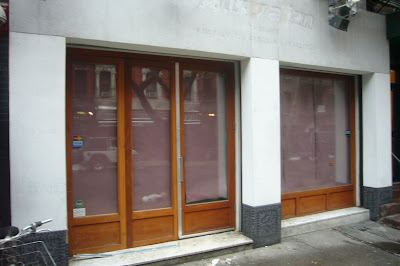 Meanwhile, on the Bowery and Second Street, at the former Kelley & Ping space... As Fork in the Road noted, Taavo Somer and his Freemans crew are opening a "classic American diner" here. Per the Voice from the Nov. 16 CB3/SLA meeting: "Somer plans to fully utilize the bi-level space, creating a 63-seat restaurant with a 38-foot counter on the first floor and a 19-foot bar on the second. His application met with a show of support from members of the community, who bemoaned the current state of the abandoned restaurant, which has become a haven for drug deals and muggings." 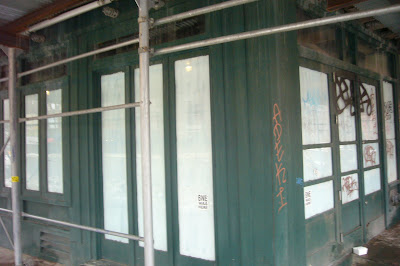 did you notice the green dry cleaners that opened in the old trance store.. i guess it could be worse?