We now know what building is for sale for $15 million on East Third Street (hint: buy an alleged illegal hotel and live next to the Hells Angels!)

Back in late October, we speculated about what home was for sale for nearly $16 million on East Third Street. (Read all about that right here.)

Now, thanks to a tip from a reader, we apparently have our answer: 73-75 E. Third St., directly to the west of the Hells Angels HQ. According to the listing, the 49 units in the buildings are going for $15.7 million... 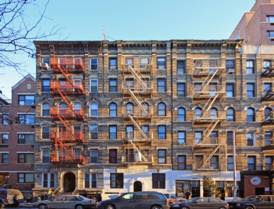 75-75 E. Third St. is currently home to the Sanctuary Guest Streets, the vegan bed-and-breakfast with rooms going for $180 per night. 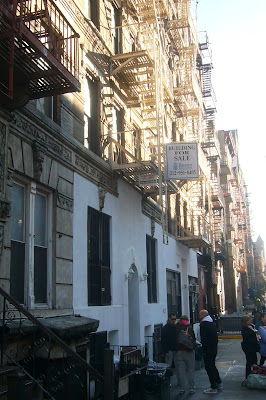 There are some Third Street residents who have alleged that this is an illegal hotel...(The DOB has received nearly a dozen complaints about the hotel in the last two years...)

And this was also the hotel with the guests who enjoyed relaxing on the bench in front of the Hells Angels HQ. 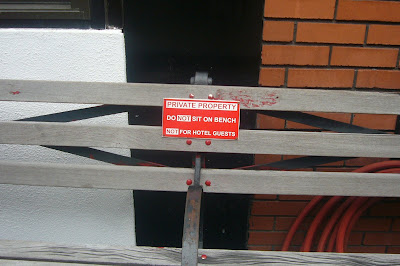 Perhaps, in the short term, the language should be changed to "not for hotel guests or potential new landlords..."

For further reading on EV Grieve:
The Hells Angels kindly request that hotel guests please refrain from sitting on their bench

Continuing to speculate about what 10-room, $15-million home is for sale on East Third Street
Posted by Grieve at 7:00 AM

yes, illegal hotel and bed bugs to boot! I filed a complaint with the city two years ago before i moved out. the building owners refused to address either situation.