At Cienfuegos, paint it black

Just the other day, we pointed out that the Cienfuegos Cuban-eatery complex on Avenue A at Sixth Street had unveiled its new sidewalk cafe... 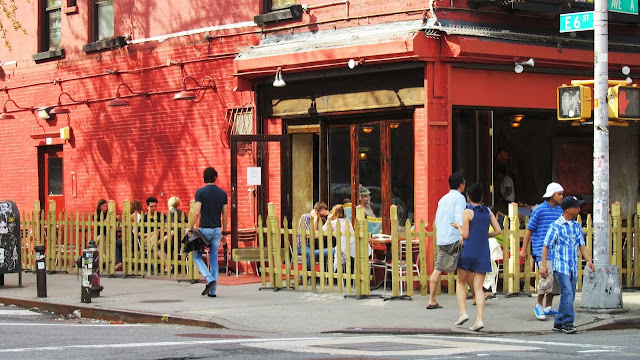 And two readers commented on the matter, and neither was too kind:

RyanAvenueA said...
i agree. for some reason it just really irks me. They did some interesting decorating that ruined it with that lumber liquidator fencing. 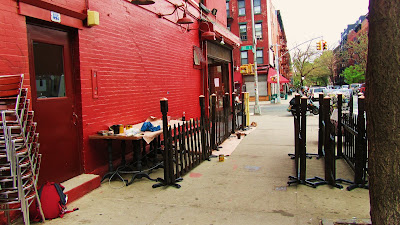 Previously.
Posted by Grieve at 6:26 AM