The Bluebird Coffee Shop has been sold 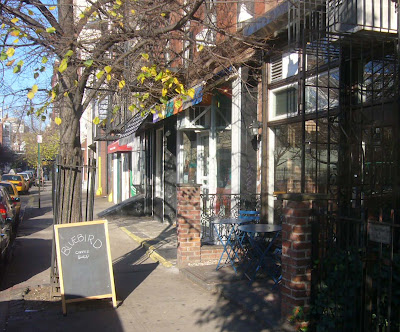 The Bluebird Coffee Shop opened in November 2009 on East First Street just west of First Avenue. It became a favorite spot of several EV Grieve readers, who have passed along word that the owners have sold the shop (new job in another city). The incoming owners take over the space on Monday. Word is they're keeping it as a coffee shop/cafe, though with a new staff.

Meanwhile, @sandwichboarder notes in the photo below that the Bluebird is now closing early these days... 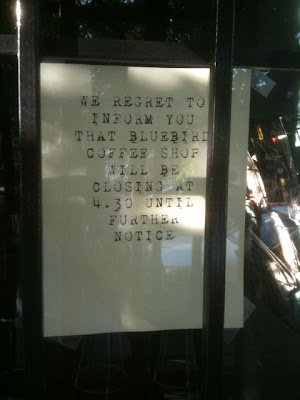 Thanks, Mary! Just posted this...