A four-bedroom apartment at 120 St. Mark's Place hit the market on April 11, according to StreetEasy. By yesterday, the apartment — listed at $4,600 — was rented. We'll come back to this.

Anyway, 120 St. Mark's Place was previously home to the Mosiac Man.... and known as The Cave, a colony for artists. In case you're new to this story, here's what the place looked like. Bob Arihood at Neither More Nor Less has thoroughly documented this through the years. These are two of his photos. 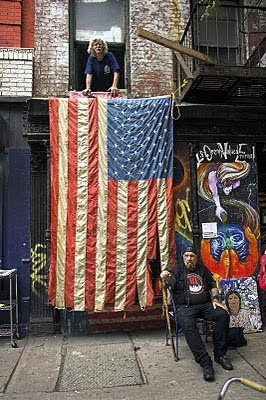 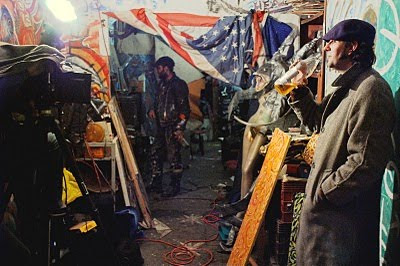 It's a long, ugly story... so briefly, back in 2006, 120's new owner, the sledgehammer-toting developer Benjamin Shaoul, successfully booted all the folks who were squatting in the building... (This link will take you to all the history here via Neither More Nor Less...)

So how about that four-bedroom apartment... 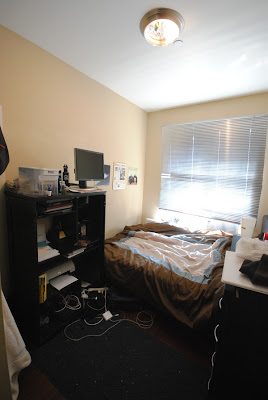 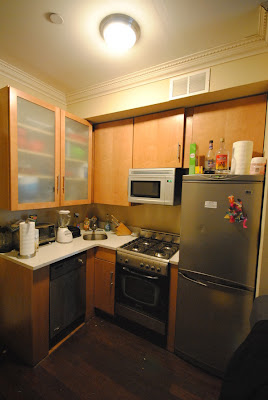 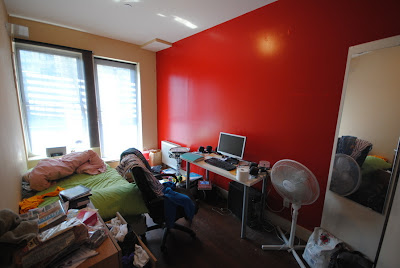 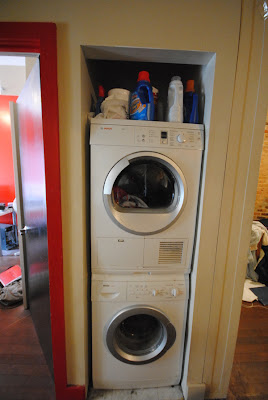 So yes — the one-time artists' colony has become a dorm-like apartment.

And to quote Bob from one of his posts on the matter:

We are not suggesting by showing so many pictures of life at the "Cave" that the "Cave" should have remained forever un-touched at 120 Saint Marks Place. After-all 120 St. Marks Place was not a legally occuppied building and it was a bit unsafe as a structure. There were some very serious structural problems with this building.

We are just trying to show some of the loss of diversity in activities in the East Village due to the irresponsible , wild-west sort of development activity now radically changing the neighborhood forever.

And one day, perhaps 120 St.Mark's Place will even have a Certificate of Occupancy. The temporary CO expired about three years ago, per DOB records.

For more background:
St. Marks Squatters Getting the Boot (Curbed)

Stop-work still in effect at former artists’ squat (The Villager)
Posted by Grieve at 7:00 AM

Great post and wonderful photos and writing from Bob Arihood.

What does it mean to have a C of O? There seem to be a lot of buildings without them, so does that mean they are illegally occupied or is the C of O only necessary when doing construction/remodeling? Just curious.

Goggla , some older buildings do not have to have a Certificate of Occupaancy (CofO) because they were built under the old law .

the building is with out a Cof O because there are likely problems that have not been corrected and fines likely have not been paid . One has to look at the property profile and other documents to fully detail this situation .

Honestly, grow the fuck up. If the east village is dead maybe you should shut the blog down and start LES Grieve.

@Anonymous 4:08 PM: Can we have our ball back, Mister Wilson?

Honestly, grow the fuck up. If the east village is dead maybe you should shut the blog down and start LES Grieve.

i read this blog religiously. but i fully agree with the above sentiment.