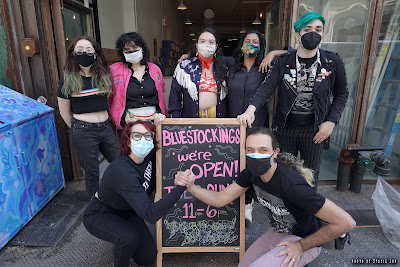 The new home for the Bluestockings Cooperative officially opened yesterday at 116 Suffolk St.
The collectively-run activist center, community space and feminist bookstore previously held a successful crowdfunding campaign, which raised more than $100,000 to help Bluestockings build out the space between Rivington and Delancey.
EVG contributor Stacie Joy stopped by the space yesterday for an opening-day look... 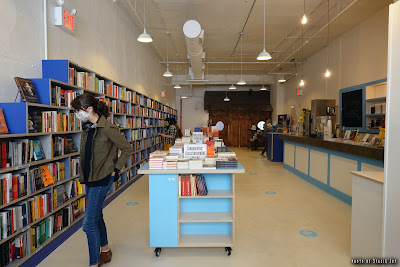 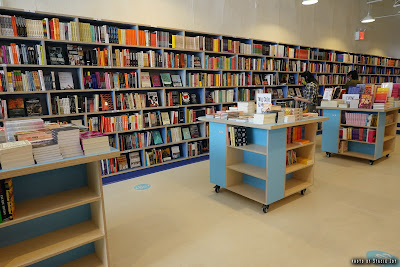 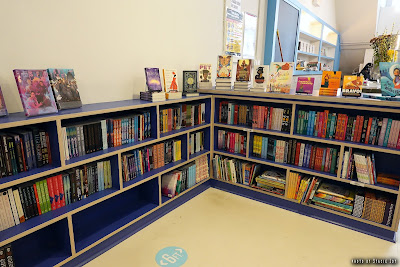 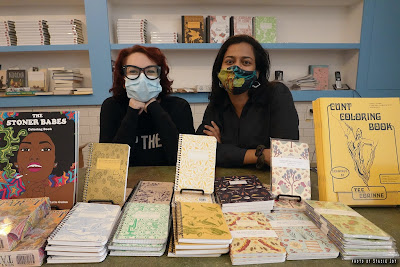 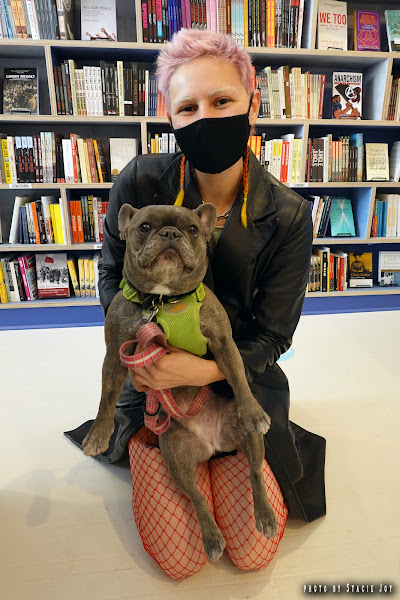 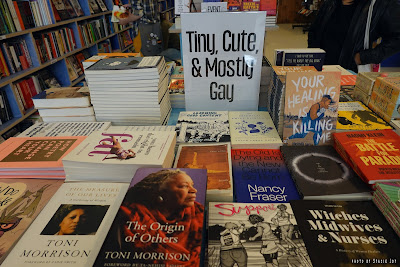 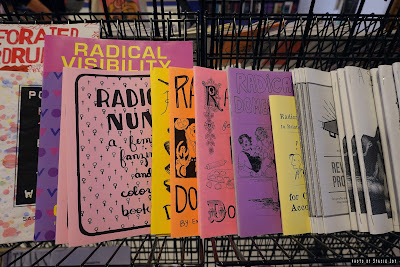 Bluestockings opened at 172 Allen St. between Stanton and Rivington in 1999... before moving on at the end of last July.
You can follow the Bluestockings Instagram account for updates. The hours: Tuesday-Sunday from 11 a.m. to 6 p.m.Previously on EV Grieve:• Today is the last day for Bluestockings on Allen Street; new LES location in the works
Posted by Grieve at 11:00 AM

Email ThisBlogThis!Share to TwitterShare to FacebookShare to Pinterest
Labels: Bluestockings

Though they APPEAR to be a "radical" bookstore in the heart of the Lower East Side, committed to "social justice", the REALITY is that Blue Stockings is NOTHING of the sort.

In addition to disrespecting longtime activists here, Blue Stockings ripped off several consignors of goods left at their store at NO cost to them.

To independent publishers of zines and newspapers, including The SHADOW, they claimed that they had "gotten rid" of the merchandise left with them at the publishers' expense because they decided at a meeting that they would no longer carry periodicals.

To others, including those who made hand-crafted goods, they were told that they had no record of sales for their items.

When we questioned them as to WHY they didn't at least contact us so that we could retrieve our merchandise and be paid for what they sold, a creepy person waved his hand at us and said "Well, that's just the way it is!" and REFUSED to pay us.

Last summer, after the store on Allen Street was officially closed, they held a sidewalk sale that included items they had accepted from consignors, including the SHADOW, who they REFUSED to pay or return merchandise to. They KEPT all the money they made from that sidewalk sale, along with the money from sales of the consigned merchandise when their store was still open.

We at The SHADOW supported Blue Stockings with several FREE half-page ads in each issue of The SHADOW that would have cost anyone else at least $200 and we steered countless people there as the go-to place for radical books and literature. What a mistake.

Many activists and artists we know (we can provide names on request) feel that Blue Stockings set up shop here on the Lower East Side in order to glom on to the scene established by the activists and artists they came to disrespect. If you are not "one of them" as a part of their clique, you are treated like shit.

Those who support them should know the TRUTH about Blue Stockings. They are "radical" POSERS who are NOT part of our community, they have NOTHING to do with activism on the Lower East Side and they have STOLEN from those of us who trusted them with our merchandise.

There are bookstores on the LES that are more deserving of your money and support, especially EAST VILLAGE BOOKS, located on St. Marx Place between Avenue A and First Avenue.

I guess that's due to covid? I hope they have some sears like they used to eventually.