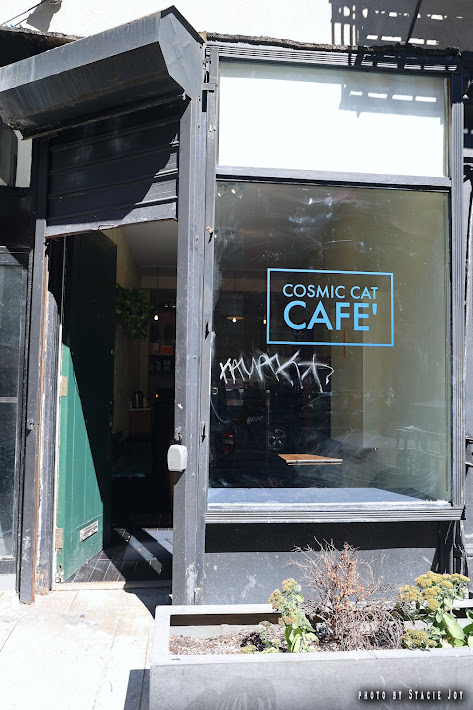 Photos and reporting by Stacie Joy
Cosmic Cat Cafe opened last week at 170 E. Second St. between Avenue A and Avenue B... 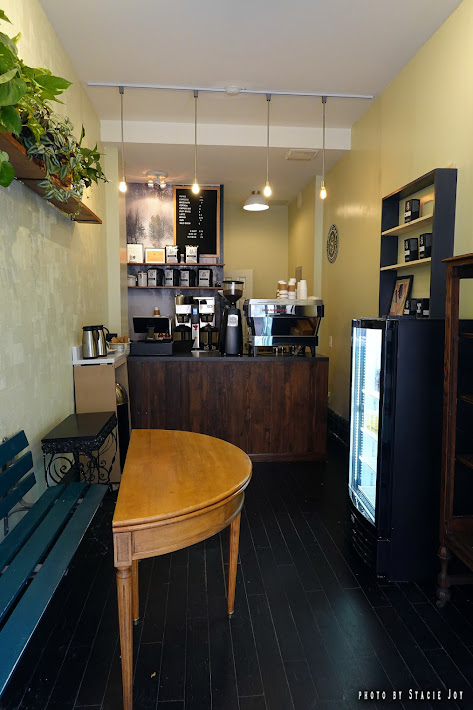 The sliver of a storefront — previously a hair salon — offers up a selection of coffee drinks (and some teas)... Owner-barista Sonam Chorda is a first-time cat parent ... and recently received two cats from the same litter. He loves them so much, and says "cats are out of this world, so Cosmic Cats it is."
And despite the name, there aren't any actual cats on the premises. 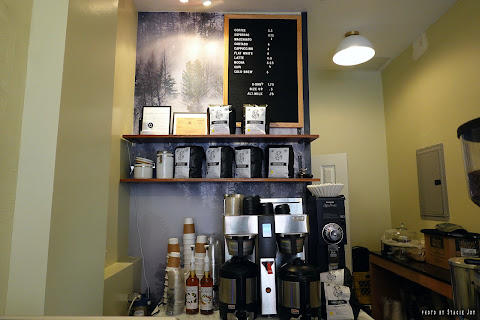 Daily hours: 7 a.m. to 5 p.m.
Thanks to the EVG readers who first told us about this opening!
Posted by Grieve at 5:10 AM

@neighbor know what you mean, but if i had to choose between the two i'd go cosmic cat 100%. it's perfect: simple and high quality. (also a little biased because i was their first customer.)

It's a little bit bait and switch to have no resident cat. Maybe they could
have a dedicated wall space where customers can post pictures of their own cats.