Photos and reporting by Stacie Joy
Dallas BBQ, which has anchored the NE corner of Second Avenue and St. Mark's Place since the early 1980s, is closing after service on Dec. 31, staff confirmed to EVG contributor Stacie Joy.
News of a closure had been expected since an applicant for a new bar-restaurant appeared before Community Board 3 in June. Hospitality vet Curt Huegel, whose portfolio includes concepts such as Bill's Townhouse, Campagnola and Printers Alley, received approval for the unnamed establishment. There was some debate over closing time, and the committee wouldn't approve a 4 a.m. close. We reached out to Huegel to see if he was still taking the prime corner space.
According to staff, the building's landlord would not renew the chainlet's lease and opted to rent the space to another business.
The EV Dallas BBQ staff has been offered jobs at other locations, including one near JFK in Jamaica, Queens, and a new one set to open in New Jersey. 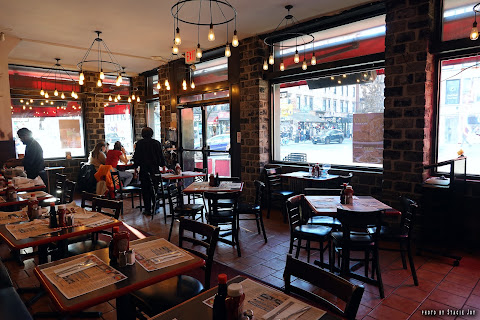 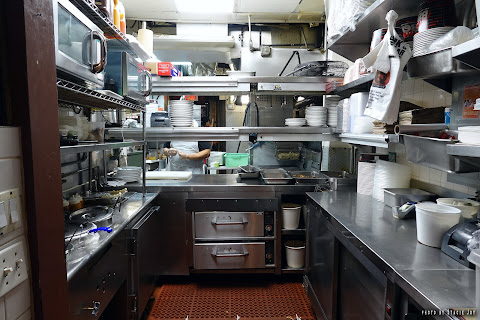 The family-owned Dallas BBQ has a dozen locations in the metropolitan area. The original Dallas BBQ opened on the Upper West Side in 1978, and the EV location debuted in the 1980s (1984?). They have a solid following who enjoy the enormous platters of reasonably priced food (onion loaf!) and supertanker-sized frozen drinks. 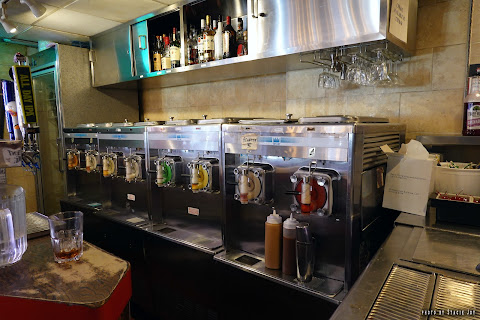 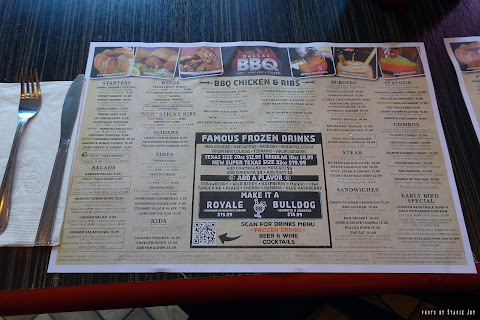 There were rumors in 2018 that this outpost would relocate, but management decided to stay put after protests from regulars.
The Dallas BBQ on University Place and Eighth Street shuttered in 2007... the original UWS outpost closed in December 2014 — both the result of rent hikes. 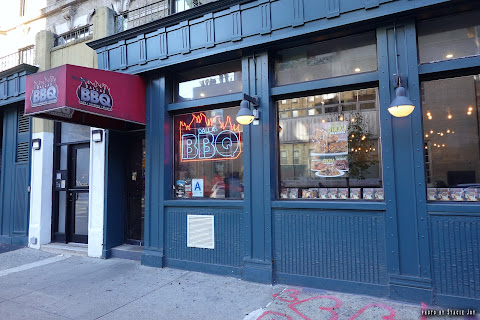 Sad another long time EV place gone. Adding to the growing closed store fronts in the neighborhood making the EV look like an abandoned neighborhood.

It won't be empty for long — per the post, a new tenant is already lined up...

I have not ate there in ages but have fond memories of Dallas BBQ. I was a young single mom and would take my son and a few of his friends to the university and 8th st location for his birthday. They loved it. Also fudruckers on 7th Ave South. Later on when I worked in an office in my 20's the girls in the office would do happy hour there. We would get buzzed on those giant goblet drinks. Will definitely stop in before they go.

I wonder why they wouldn't renew the lease. Sounds like a a consistent paying tenant. The new place seeking 4am, very douchey, out of place 13th step vibes.

My guess is that Landlord thinks if he gets a more fancy tenant to replace BBQ he will be able to charge higher rents in the rest of the building. The new tenant is likely some trendy bar/restaurant. The new tenant will renovate the space.
The BBQ ambiance is the same as it was the first time I went in there in the mid 90s.

Oh yay another bar for the college bros to disrespect the locals and see how many chicks they can score.

Another victim of the non passage of the SBJSA by the NYC City Council:

Yes, definitely nice memories from the far past. Don't expect the same today, the food there had deteriorated tremendously over the last 5 or so years.

@10:56AM: "My guess is that Landlord thinks if he gets a more fancy tenant to replace BBQ he will be able to charge higher rents in the rest of the building."

Will miss this place for sure. We used to go to the restaurant for special occasions when I was a kid. As an adult it's become the choice that scratches the itch when you're in the mood for fast food but want something with a bit more substance. Plus those frozen drinks can't be beat.

Live above a divey BBQ joint that drives a lot of exhaust and stink, or live above a more upscale/lux restaurant or cocktail lounge.

Which do you think would cost more?

CB3 SLA committee sadly approved this operator even after it was shown with video proof (during the committee hearing no less) that they gave zero shits about noise from their other location Jackdaw’s disturbing neighbors, only rectifying it when it looked like they wouldn’t get approval to take over DBBQ some committee members were fawning over the owner who promised only acoustic music and no out door speakers but we’ve heard that before I will miss DBBQ and fear what is to come …. as we now have 3 bars in a row on 2nd ave btwn St Marks and a total of 9 bars on one city block

This is really sad. It was an EV staple for many years. They also had the BEST frozen drinks anywhere.

When the new place flops, the landlord will wish they had left long-established BBQ in place.

Meat is not my thing, but I support family-owned local NYC businesses, like BBQ and San Loco.

As other posters have pointed out, each year there are less affordable places to eat out. Time was you'd get portions that could feed TWO people for less than $10 a plate. Nowadays, you get a bird-sized portion for $20+ a plate.

I hope the entire thing CRASHES.

@3:24pm: Do you imagine that rent regulations and laws in NYC are suspended for this building? Do you think apartment rents change when the retail tenant on the ground floor changes? Get a clue!

And if you've put up with the "divey" place's sounds & smells, you're not going to move out if they "upscale" the place. (Upscale = make it expensive for superannuated fratties.)

Always came for that early bird special and them margaritas

My guess is it won't make a difference in your rent.

We don’t want the new owner with their new restaurant!!!

Obviously nothing changes immediately but landlords are playing long term game.of course the new tenant will likely pay more in rent than bbq. Whoever the new tenant is they will have to gut renovate the space and very likely this new business will be more upscale than bbq. Honestly it’s shocking they allowed bbq to stay there for 40 years. That’s unusual. This neighborhood has been very gentrified since then and the rental prices have risen exponentially

Meanwhile, they clutched their pearls over issuing the Sunshine Cinema a liquor license.

It's some bar that took the lease as per the landlord. What a loser, it's not like BBQs wasn't paying their rent n

Dallas BBQ's quality has really lowered. The onion loaf is terrible, the brisket is awful, and the ribs are not great. The restaurant is in great need of renovations. The restaurant has failed to adapt and improve.

You are so right. The quality of their signature ribs has diminished and the onion loaf is terrible. It used to be great back in the days.

The article states that another restaurant is already slated to take over the spot. Time marches on…

Thank you, yes, I agree.

sad, but have not gone in there since '03 prob

Yeah another bar because the lower east side is barless. Now more drunks roaming the streets.

DBBQ were doing (vaguely) southern style barbeque way, way, way before the trend caught on in the city, and for that I salute em.

So sad to hear of the closing. I grew up in that neighborhood and me and my friends would take our kids there when they were in strollers and than as teenagers and older. Bbqs will truly be missed in the neighborhood.

My mom was deteriorating and this was often the only food she wanted to eat. So, every Sunday, at 11:30 a.m. I'd call in my order to BBQ St. Mark's - always the same order of a chicken (cut-up), cole slaw and corn bread - pick it up at noon and then bring it down to the Lower East Side where she lived. This went on for a couple of years. About a year after she died, my new beau and I decided to do take-out from them. I called it in and right after I said, "Hi, I'd like to order, I'll pick-up", the gentleman on the other end of the line said, "Hey! Where've you been?"

My new beau/now husband and I live on a modest budget - but one of our treats is to share the beef ribs platter, extra cole slaw and crispy shrimp. Heartbroken they are closing. We will be order our favorite meal soon. To all the wonderful people of BBQ, thank you for such deliciousness all these decades.