I walk by the former Amato Opera on Bowery near Second Street fairly often. The Amato closed May 31 after a 61-year run. As Curbed noted, the building sold for $3.7 million.

Each time I walk by, I expect to see the Amato letters removed from the building... 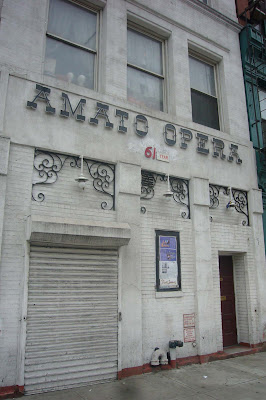 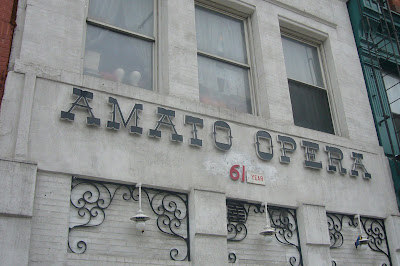 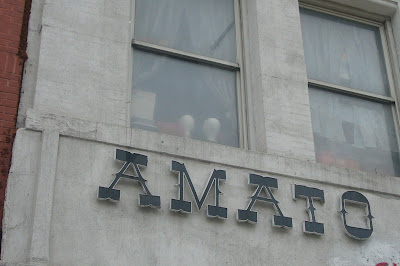 Still, I have some hope for this space. The Real Deal reported in late January that the building's new owner wants another theater to occupy the ground floor.

Plus! I find this encouraging: This commemorative plaque went up at the Amato this week. 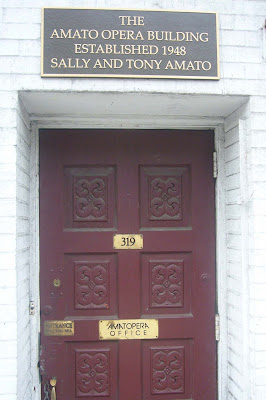 Would anyone bother with a plaque if the building was going to turn into, say, a condo?

For further reading:
Amato Opera (Jeremiah's Vanishing NY)
Posted by Grieve at 7:00 AM

Encouraging...it would be nice to see preservation of some of the original elements.

I hate to be the bearer of bad news, but the same guy who owns the illegal hotel next to the Hell's Angels bought this building, too.