This was originally posted last night.

Dozens of people gathered outside Forbidden City on Avenue A tonight to pay their respects to Eric "Taz" Pagan, an employee of the lounge who was shot and killed earlier this morning after trying to break up a fight. 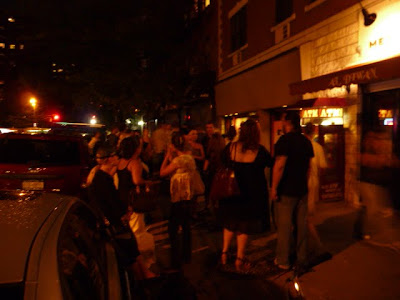 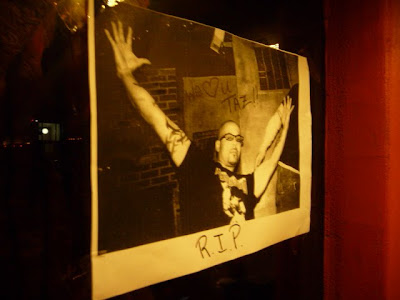 Pagan was not on duty at the time. According to the Daily News, the part-time electrician had stopped by Forbidden City on Avenue A near 13th Street to pick up some tools. Pagan, who had two teenage children, was 42. 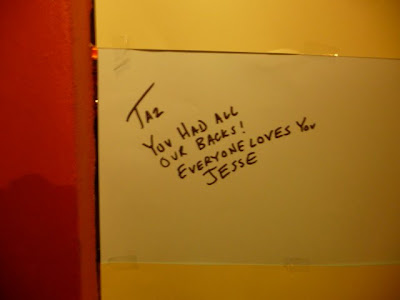 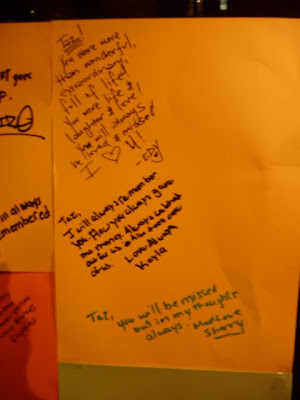 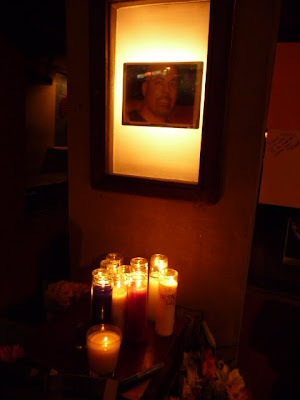 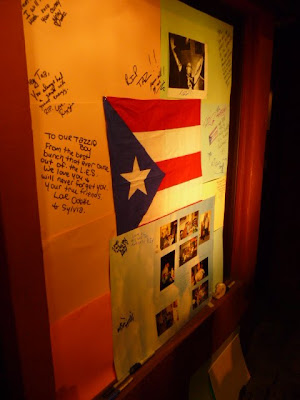 No arrests have been made. 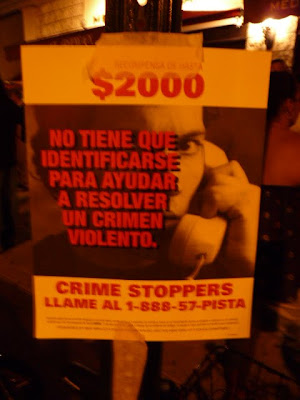 There's coverage in the Daily News and the Post.

A few more details are emerging from the deadly shooting early Sunday morning that claimed the life of Eric "Taz" Pagan. According to the Post, Pagan was helping people try to find a set of keys outside Forbidden City:

A dispute began as several of the men searching for the keys were grazed by a passing white Nissan Quest, the sources said. The men on the street angrily yelled something at the driver, prompting him to stop and his passengers — three men and a woman — to jump out and start attacking them.

A witness, who asked not to be identified, said Pagan was trying to break up the fight when one of the men returned to the van, grabbed a gun and began firing.

Meanwhile, the Daily News checks in with a piece titled, "At city's clubs, violence is often part of job for bouncers." The article mentions other violent incidents in recent years, including two from the East Village:

• Dana (Shazam) Blake, 32, a bouncer at Guernica on Avenue B, was stabbed to death in 2003 by a patron he asked to put out a cigarette.

• Carlos Salome, a bouncer at Sing Sing Karaoke on Avenue A, survived being shot in the chest in May 2008 after breaking up a series of bar fights.

Earlier on EV Grieve:
Sources: One dead, two wounded in early-morning shooting on Avenue A

Bob Arihood was the first on the scene.
Posted by Grieve at 8:00 AM

taz was a good, old friend of mine. just another example: no good deed goes unpunished. rest in peace, my friend.

this is all very sad. good coverage, grieve.

I'm deeply saddened by this horrible tragedy! Taz was a good friend to me and everyone that works at Destination. He would come in regularly, give me and my staff a hug, tell us how much he cared about us, watch the Yankee game and leave us all smiling when he left! A truly sweet man with a huge heart...he will be deeply missed. I hope there will be some sort of a memorial for him, as all my staff and myself would like to attend. Our hearts go out to his family and friends!
Mason

Thanks for the comment, Mason. Please let us know if you hear about any memorial services, etc.

This is extremely sad and tragic. Condolences to Taz's family and friends.

Taz was a great guy. He'll be missed by so many.

NY Post is reporting that an arrest has been made.

"Police arrested Louis Rodriguez on charges of murder, assault and criminal possession of a weapon."

I was Taz's old co-worker at Forbidden City. We spent many nights just having fun, drinking, laughing, playing cards, watching sports games, etc. Guy just had a great heart and was the first to come to anyone's safety.

Didn't know him but immediately felt his loss, and utter sadness for his kids. Sometimes you just know that a guy is a good guy, sorry for all of your loss.

destination is conspicuously absent from the 8.31.09 fundraiser.

put your money where your mouth is.