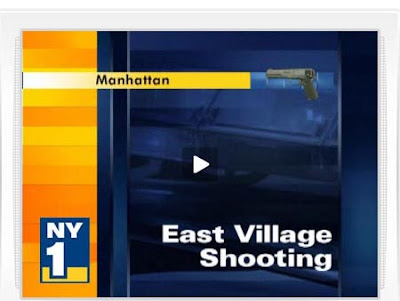 As the Times noted yesterday:

Police Department statistics show that the number of major crimes is continuing to fall this year in nearly every category, upending the common wisdom that hard times bring more crime.

According to the article, there has been a decrease in overall crime in all but two of the city’s 76 police precincts.

So how about our 9th Precinct? I took a look at the city's weekly crime statistics for the period ending Sunday.

As you can see, there is actually an increase in crime in several categories. The numbers of rapes (12 in 2009; 8 in 2008) and burglaries (267 vs. 192) have increased in 2009 compared to 2008. The total number of crime complaints has increased from 1,363 last year to 1,402 this year. (And at least six of those reported crimes can be chalked up to the "Spiderman-like thief" who burglarized the same East 10th Street building earlier this year...) 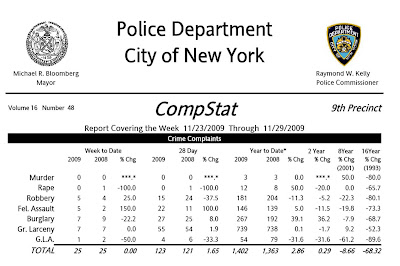 However, as we've said before, it's important to keep these numbers in some perspective. For instance, robberies in the 9th Precinct have decreased by 80 percent since 1990.

Previously on EV Grieve:
The Post notes a "90 PERCENT SURGE IN BURGLARIES" in the East Village
Posted by Grieve at 6:57 AM