Back in September, we reported that a new bar/restaurant was coming to the corner of Avenue B and Second Street. We were told then by a worker on the scene that the wall between the two vacant storefronts at 14 Avenue B and 16 Avenue B will be torn down... and the spaces will be combined. 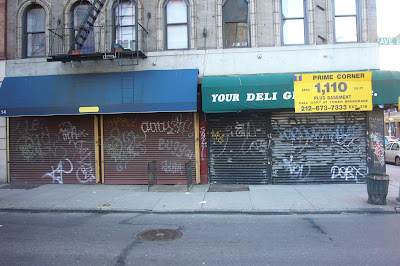 It looked as if someone was working on whatever that bar used to be called at 14 Avenue B... 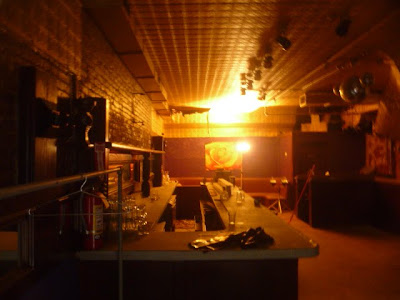 Previously on EV Grieve:
New bar/restaurant for lower Avenue B?
Posted by Grieve at 6:59 AM

The blue awning was "Delft" for a while - never went in

I live across the street from here and honestly would be thrilled for a bar or restaurant to go into that eye sore of a space. Presently there's some guy selling items that it looks like he pulled out of the trash on a makeshift table laid across the basement railings.

Its about time someone did something with that crappy looking corner. As charming as that homeless guy selling garbage is, I think the neighborhood would be a little prettier with a restaurant or bar there.

Anonymous - I live in the building and have never seen that homeless guy. I'm not sure what exactly you are talking about.