Census 2010 and the East Village

As I first reported, the Census Bureau released data galore yesterday as part of their decennial look at America's demographics.

Oh, nevermind all that! (I made a mistake about the Census info — see the comments.) So I guess that I've been browsing local date from the Census Bureau's American Community Survey, based on samples from 2005 to 2009. 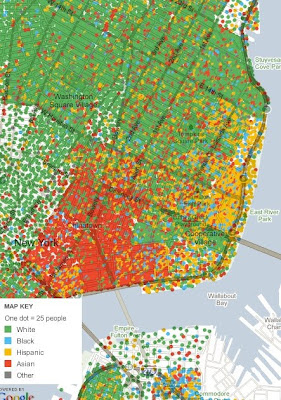 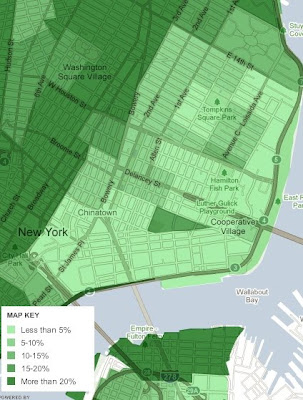 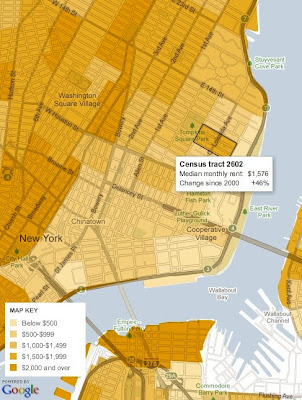 Anyway, I haven't had much more time to investigate the area in greater detail.... Here's the link. One word of caution: This interactive tool will cut down your productivity today by 89 percent over yesterday.
Posted by Grieve at 7:00 AM

Email ThisBlogThis!Share to TwitterShare to FacebookShare to Pinterest
Labels: Census 2010

very interesting stats..guess I will have to stick with visiting for the day as opposed to getting an apartment! have a good holiday!!

No, the Census did not release "data galore" yesterday. They only released the state population totals from the 2010 Census.

They did release "data galore" last week, but this is based on the American Community Survey (ACS) sample data averaged over the course of 2005-2009. This is not 2010 Census data.

A lot of people are confused about the difference between the two. The ACS is a sample, and in some cases it has a high margin of error for small geographies. The Times created the map last week based on the ACS.

The 2010 Census theoretically aims to count every single individual, which means that no sampling is required and (ideally) the numbers are precise. The 2010 Census data for small geographies (Census tracts and block groups) will be released in 2011.

Ah, thanks for the clarification, Tacony.

Looking at the rent map, I want to find out who's living on 5th Ave and Central Park and only paying $1,400 a month.