The once-dormant site at 100 Third Avenue between 12th Street and 13th Street is showing significant growth of late... 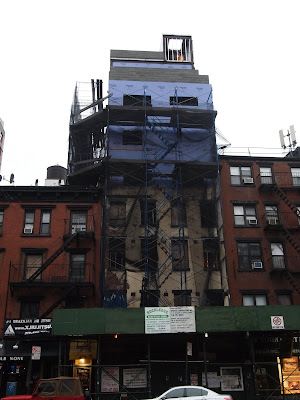 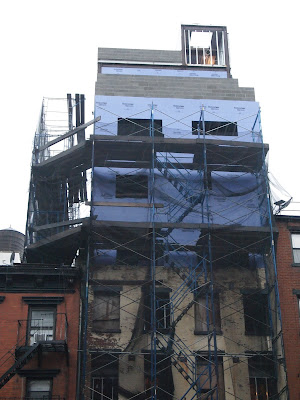 Still some mystery here... I haven't heard anything different since A Fine Blog reported that: "The building is zoned commercial, and a permit was filed to amend the building height to 90' , contain 3 units, and be re-categorized as F-1B - Assembly (Churches, Concert Halls). Will it be a church or an assembly hall?"

It was originally a four-story building built in 1880. From the look of it, 100 Third Avenue is getting a five-story addition.

As A Fine Blog has mentioned, this address was home to The Lyric Theatre starting in 1910... This photo from the NYPL Digital Archives is dated April 24, 1936... 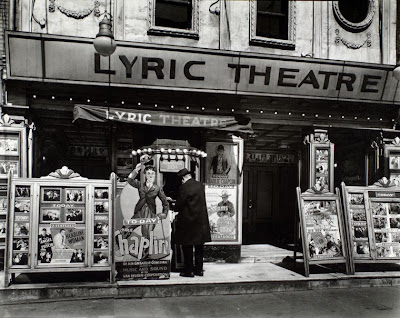 Didn't Jean Claude Van Itallie's America Hurrah! play there back in the 60's?

Wasn't there a small short lived movie theatre there
in the 90's.

Thanks for the props, EV. I got get my ass blogging again, already!