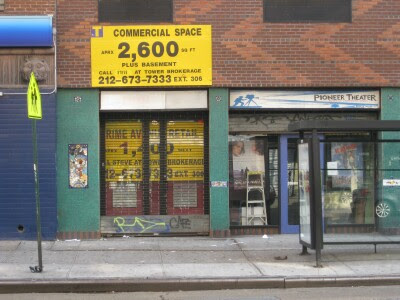 Grub Street first reported that the Upright Citizens Brigade would be opening an East Village outpost back in January 2009. Plans called for the troupe to open at the former Pioneer Theater, which closed two years ago on Avenue A and Third Street. Work started on the space in July 2009.... a time which brought us an epic comment thread about cargo shorts.

Anyway, it seems as if work has picked up again here of late... 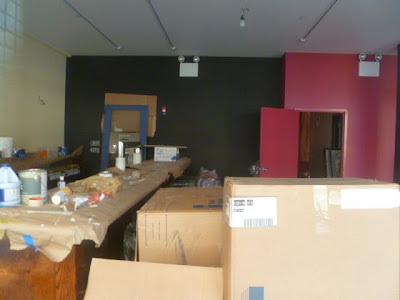 Alex Sidtis, managing director of the UCB’s current location in Chelsea, told me in an e-mail that "we are making progress on the space, it will be open in 2011." Stayed tuned for more details.... By the way, CB3 did approve a liquor license for this space in January 2009.

Great, looking forward to having them in the neighborhood. I'm going to go iron the wrinkles out of the pockets of my cargo shorts and head down there today, just to be the first in line for whatever their debut show is. Please come feed me, as i do not know what month in 2011 they plan to be open, and my cargo shorts only carry enough trail mix for 2 months of survival!

Curious to see how this place turns out.

speaking of cargo shorts
will they keep their pants on?

talked to UCB about this last month
and they told me EARLY 2011.

but of course they were suppose to have this finished before

This is a bit off-topic, but I walked past the old Graceland last night and lights were on inside and power tools could be heard. I couldn't see as paper is still in the window, but is someone moving in?