Checking in on the Wren, a new gastropub for the Bowery

Meanwhile, up the block, work continues at the former Sala space. (Sala closed "for renovations" back in January.) 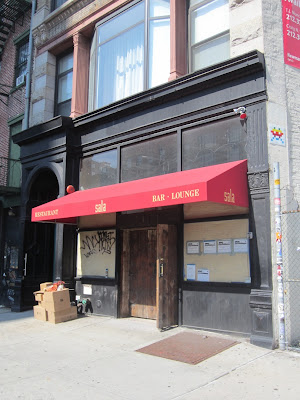 As Daniel Maurer reported for Grub Street in March, the owners of Wilfie & Nell on West Fourth Street plan to open a gastropub here called the Wren. 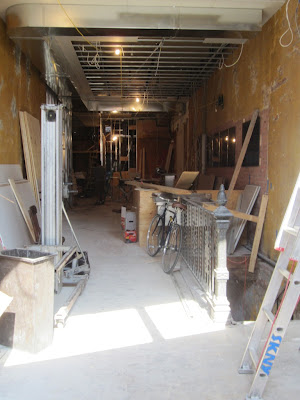 Eater's Jackie Goldstein reported on March 10 that Community Board 2 OK'd a full-liquor license for the space. According to Eater, the place will have 197 seats ... and no DJs or live music. Several tenants of the apartments above here at 344 Bowery gave their support of the project.
Posted by Grieve at 6:24 AM

Email ThisBlogThis!Share to TwitterShare to FacebookShare to Pinterest
Labels: new restaurants, the Bowery, The Wren

Just went to the soft opening of The Wren last night. Awesome fish and chips, brilliant cocktails, and the decor is comfortable and refreshing. This is the kind of unfussy, dependable pub with a twist that the Bowery needs.