'Greetings From Tim Buckley' filming in the East Village 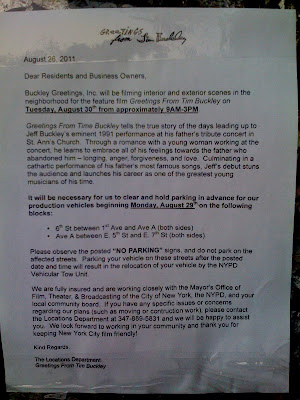 Expect to see crews for the new Jeff Buckley-Tim Buckley biopic filming around the East Village in the coming weeks. We've heard that they've been scouting some familiar locations.

Now! A quick synopsis of the film:

Greetings from Tim Buckley follows the true story of the days leading up to Jeff Buckley’s eminent 1991 performance at his father’s tribute concert in St. Ann’s Church. Through a romance with a young woman working at the concert, he learns to embrace all of his feelings toward the father who abandoned him — longing, anger, forgiveness, and love. Culminating a cathartic performance of his father’s most famous songs, Jeff’s debut stuns the audience and launches his career as one of the greatest young musicians of his time.

And, well, Penn Badgley of "Gossip Girl" fame — and no stranger to the East Village! — is playing Jeff.

Anyway, doesn't seem like that long ago that Jeff Buckley was playing at Sin-é at 122 St. Mark's Place in the early 1990s. 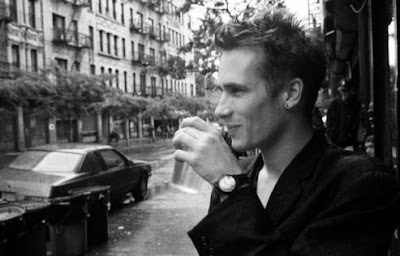 Updated: Our friends at This Ain't the Summer of Love note in the comments that Anthrax bassist Frank Bello will portray Richard Hell in the movie.

Frank Bello from Anthrax will be portraying Richard Hell in this flick...

That's interesting casting. Thanks for the tip!