'Crazy Landlord' finally getting his wish on Second Avenue?

Several readers told us that workers were putting up a sidewalk shed yesterday at Third Street and Second Avenue, home to the infamous "crazy landlord" who "must rent this store." 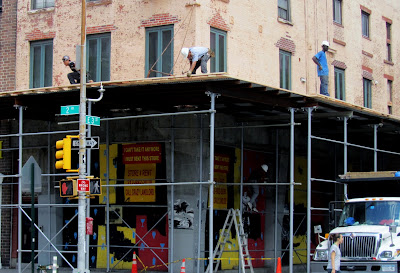 One reader asked a worker if this meant the space had been rented. "Yeah... I guess so," the worker said. 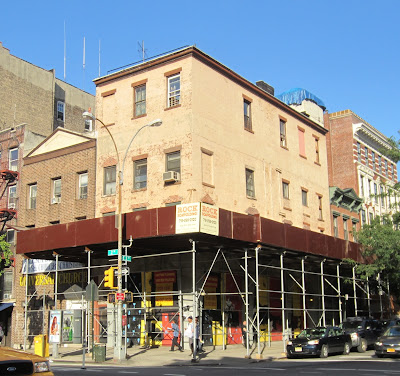 According to the DOB, plans to for a "new storefront and interior renovation" were disapproved in July. However, last week, the DOB did OK plans to erect the sidewalk shed here. The plans for the Belgian ale house — a "sexier Balthazar" — are apparently dead for the space.

I heard that the rent there is INSAAANE! (I know it's been done before, but couldn't help myself.)

FYI - this kind of structure we see all around NYC is legally required for construction above street level. It is called the bridge. It does make a nice shed when its raining.