Plan B for the former Graceland space

Since then, not much has happened. Well, aside from Frank Prisinzano, who owns EV Italian empire Frank, Lil' Frankie's and Supper, wanting to open a fast-food Italian joint here. CB3 never approved the application. (Read that drama here.)

Meanwhile, RyanAvenueA tells us that the storefront has been been chopped into two pieces this week. (Signs went up in November showing how the space could be hacked into three spaces.) 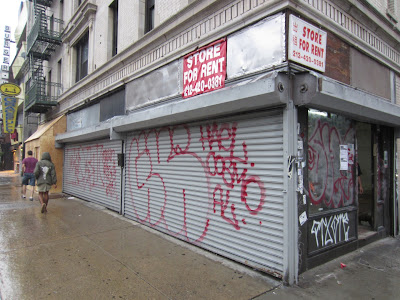 For rent signs remain over the two spaces. And that new, smaller space makes us nervous — looks exactly the right size for, say, a Subway (sandwich shop) or Papa John's. Or Dunkin' Donuts. 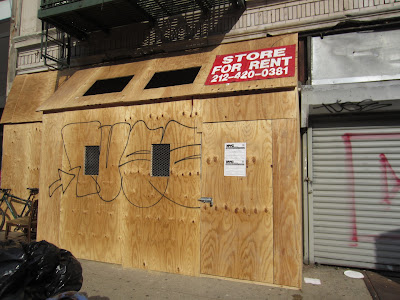 Wouldn't you rather have had Raguboy?