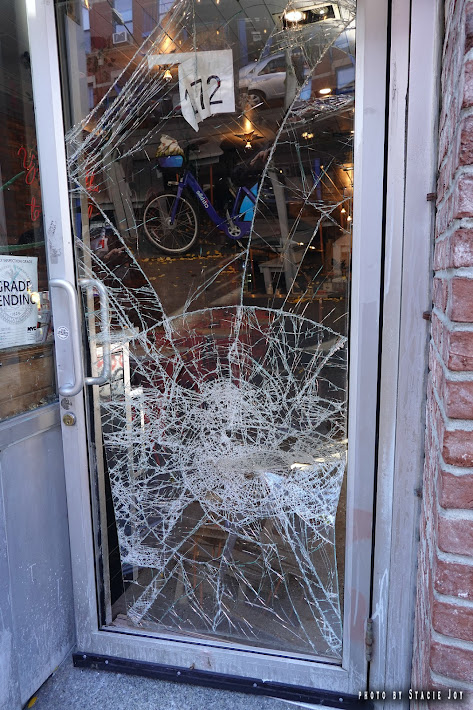 Photos by Stacie Joy
Two men smashed their way into Desi Galli early yesterday morning at 172 Avenue B.
The break-in occurred a little before 6 a.m. Owner PriaVanda Chouhan told EVG contributor Stacie Joy that the thieves took an iPad that the quick-serve restaurant used for music and about $1,000 in cash.
"They didn't get anything else because our neighbor's dog started barking. [The neighbor] heard them smashing things so she called the cops," Chouhan said. "She yelled out the window, 'The cops are coming!' and they ran out the door. They were in the restaurant for two minutes. Other than the door, nothing was damaged." 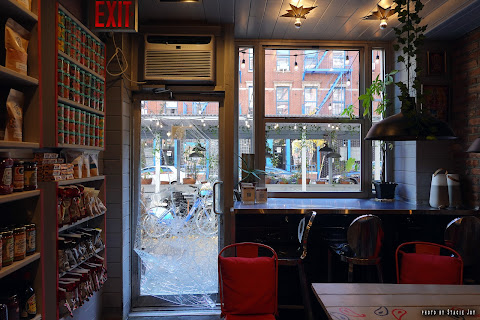 This is the second break-in at the restaurant here between 10th Street and 11th Street in recent years. Any plans to add a gate to the storefront?
"We are looking at gates, but I need to talk to my landlord because security should be part of my lease," she said.
Meanwhile, the show had to go on at Desi Galli, as Chouhan prepared to cater a 300-person Diwali celebration yesterday. 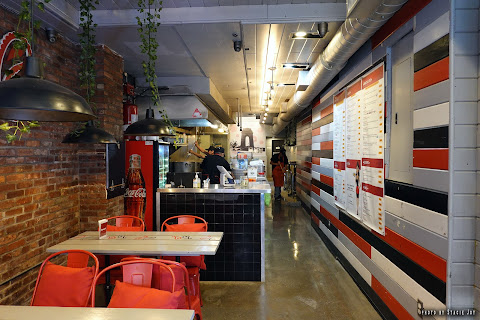 Sadly this is the second time this restaurant has been brutally burglarized, the first was during the BLM protest summer. I eat at Desi Galli every week as well as get take out, have been since they opened. Pria is a delight and a hard working business women who I greatly respect.

Pieces of sh--. This is why I and many, many other Democrats are voting Hochul out of office.

Damn this awful. I hope there is CCTV. That must be jarring to experience this. I believe in karma. This will come back to haunt these POS burglars in a big way. Perhaps getting a metal awning installed over the door when they aren't open could prevent this from further robberies. I have met the owner a few times and she is lovely as is the cuisine. Sending them positive energy.

Nobody voting for Trump-supporting election-denying Zeldin is a Democrat or doing so because of this break in.

Anyone voting Hochul out of office is delusional.

Zeldin is a hack. He offered no concrete solutions during the debate pertaining to the rising crime rates in NYC. Just empty promises. I hope they catch these shitheads. This is very scary.

Sure, let's vote in a delusional Trumper who will almost certainly deny women their rights to healthcare among other catastophic policies because one business was broken into. I love Desi Galli, too, and this city has some big problems, no doubt, but Zeldin will solve exactly none of them.

Wish they could give more of that yogurt sauce that's so good.

Terrible. Well, roll down gates go in and out of fashion, but there still seems to be a need.