Pruning day for the great wisteria of Stuyvesant Street 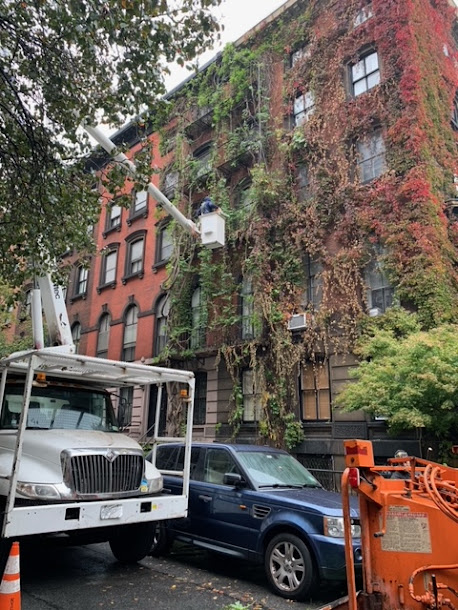 Workers were out this morning to prune the wisteria ("purple paradise of flowering beauty") outside 35 Stuyvesant St. at 10th Street.
We received several messages about the activity... (thanks to Harold Appel for the top photo and an anonymous reader for the one below)... 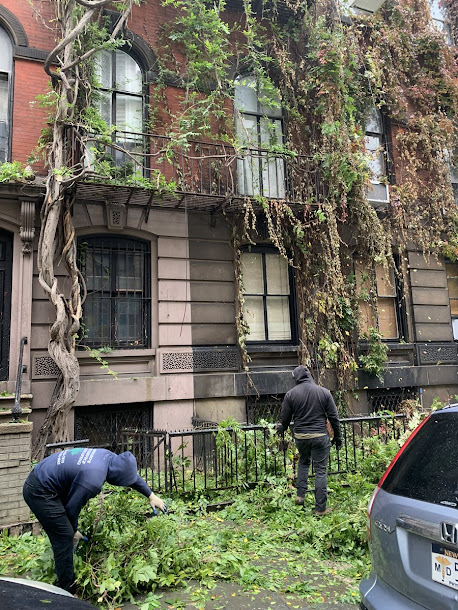 This is how the wisteria — previously captured in puzzle form — was looking later in the afternoon... (photos via Steven).... 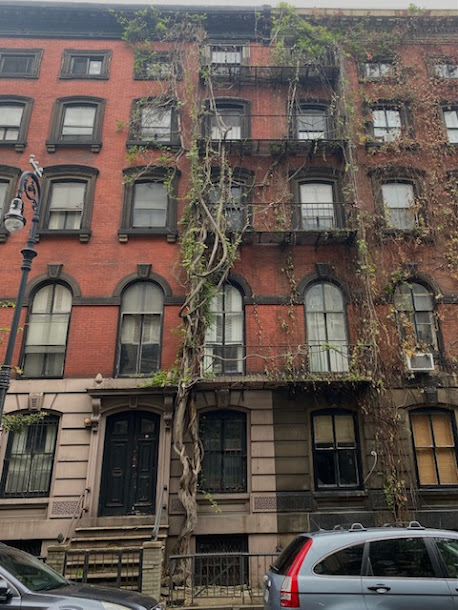 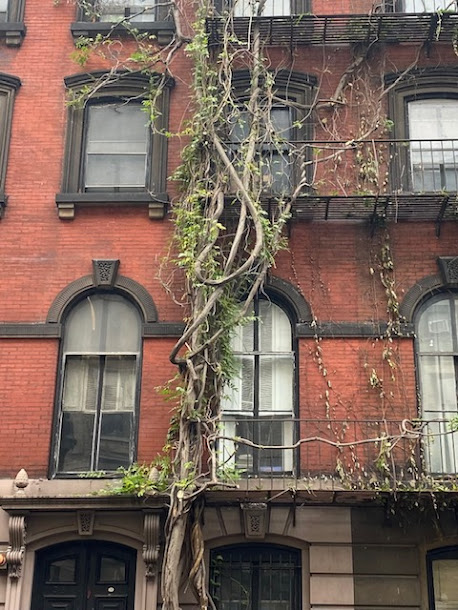 A couple of residents who contacted us about the pruning thought it looked pretty severe... however, as we randomly read on the internet today: "Proper pruning can help you manage a wisteria and produce a truly spectacular flower show. At a minimum, pruning should be done twice a year..."
And as we learned back in the spring, wisteria hysteria has proven to be unfounded here.
Posted by Grieve at 6:55 PM

Email ThisBlogThis!Share to TwitterShare to FacebookShare to Pinterest
Labels: wisteria