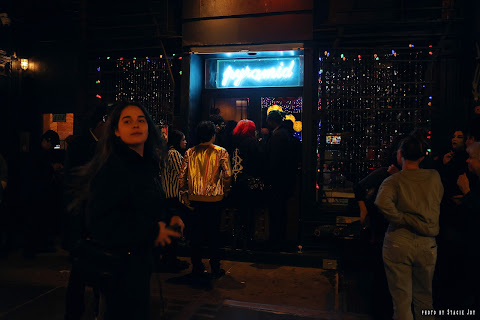 Photos by Stacie Joy
Updated 11/28
On Nov. 22, Nick Bodor (the Library, Cake Shop, etc.) shared with us his plans for Baker Falls at 101 Avenue A. The old Pyramid will also feature a collaboration with the Knitting Factory.
---
The Pyramid Club ended its decades-long run on Saturday night with a Halloween Dance Party Spooktacular. 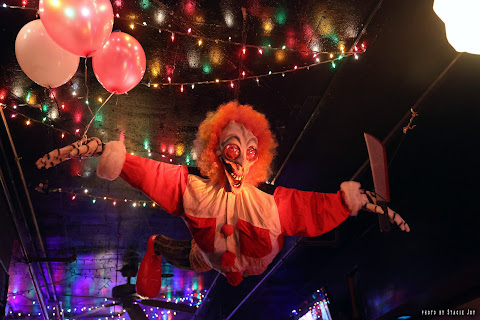 On Oct. 19, management announced via Instagram that the iconic venue at 101 Avenue A between Sixth Street and Seventh Street would be closing at the end of this month.
The club had been dark since March 7, 2020, at the onset of the pandemic. In the spring of 2021, the Pyramid announced that it would not be reopening ... before making a comeback at the end of July 2021, opening on weekend nights in subsequent months.
EVG contributor Stacie Joy stopped by the two-level space early on Saturday as revelers were starting to arrive and choosing between the 80s Night Dance Party on the main floor or an industrial Halloween with Defcon downstairs. 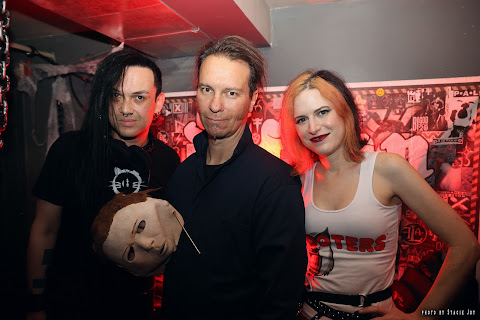 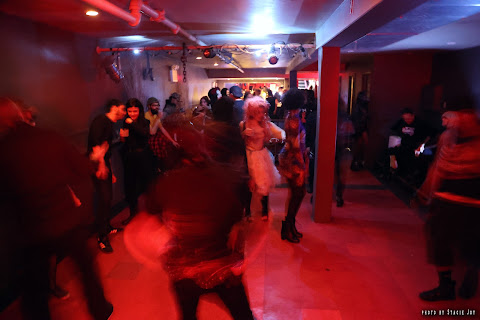 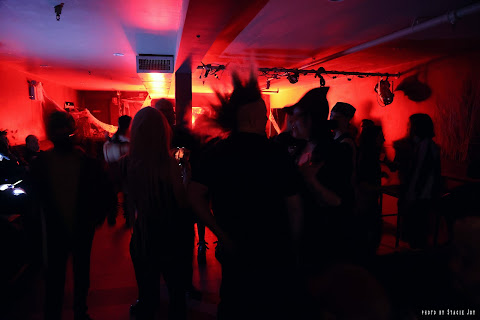 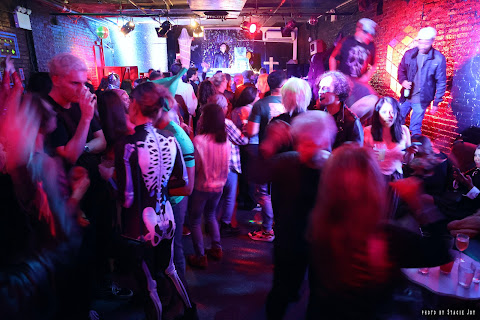 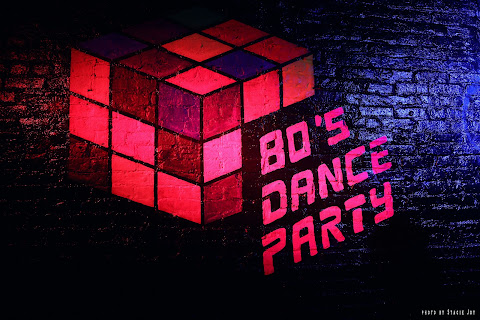 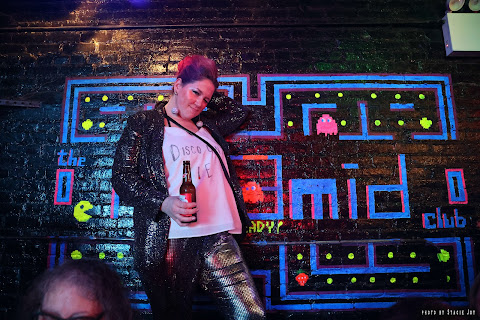 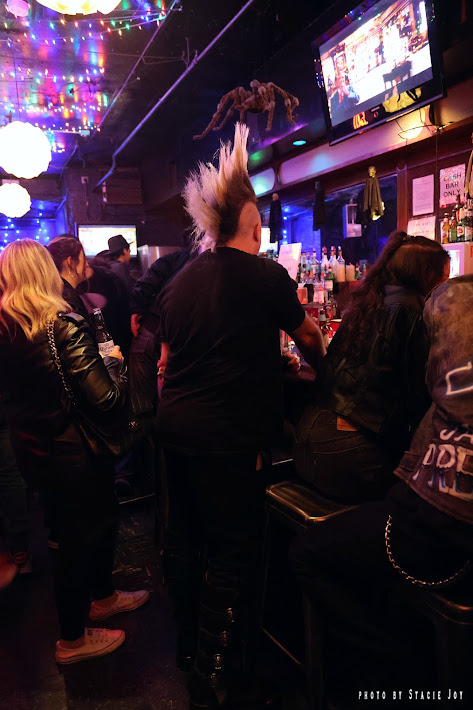 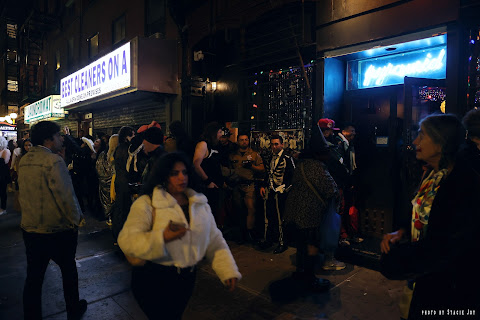 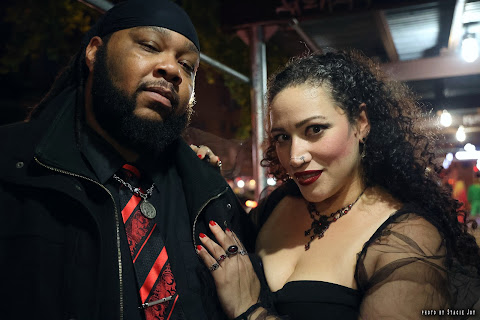 Overall, the mood was pretty upbeat for the last night at the Pyramid. People were alternately crying and laughing/dancing.
Meanwhile, there are ample rumors that this won't be the end of the address as an entertainment venue. 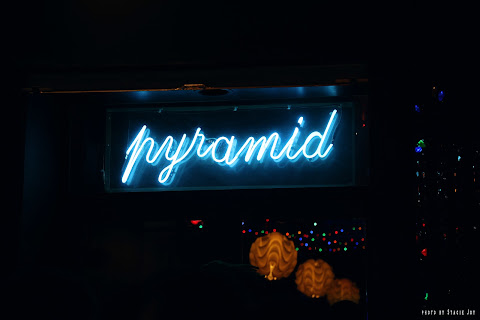 Opening in 1979, the Pyramid ushered in an era of "socially-conscious drag performance, led by the likes of the Lady Bunny, Lypsinka and RuPaul," as Village Preservation once put it. In an oral history of the space, Tricia Romano noted: "[The Pyramid] served as a safe haven for freaks, geeks, weirdos, queers, and dreamers to come together and create. Sometimes it was bad; sometimes it was beautiful. But it was never boring."
Posted by Grieve at 5:35 AM

Email ThisBlogThis!Share to TwitterShare to FacebookShare to Pinterest
Labels: the Pyramid, The Pyramid Club

The owners do not give a shit about our culture on the LES. This is simply a spot where they can make $$$$ pushing booze. The Pyramid means a lot more to those of us who have been living here for the past 4-5 decades. than it does to them....

Prediction: they will re-open under a new name and spend as little money as possible doing so. Coming soon: the Yramid Club.

You should rent the space then and run it. Maybe they just want out of the business. It's not an easy business to run and can burn you out

It'll be Vongerichtified and a fauxstalgia Pyramid Club will open, much like Rocco (which has been Carboned), Milady's, Minetta Tavern, Beatrice Inn, etc.

I got to DJ here every saturday since reopening post pandemic. Since starting here, I researched daily on 80s music and obtained all music recommendations from the crowd. Got to know some people who has been coming here for decades. The culture here is unique. Nyc is full of fancy lounges where people are fake and dress up in suits to pretend to be someone they are not. Here in Pyramid club, people come to be themselves not fakes. This was more than a club, it was a cultural hang out. I have detailed videos and pictures of the last nights here. Check them out on my instagram. https://www.instagram.com/djtransaction/?hl=en

Someone pls create a petition to landmark this space!