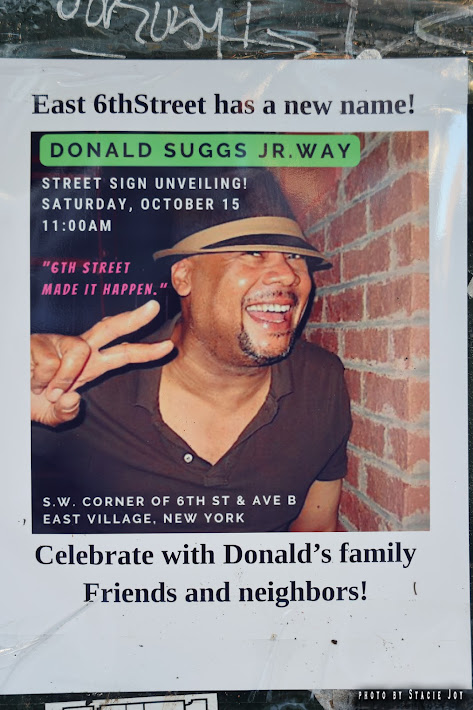 Photos by Stacie Joy
On Saturday morning, friends and family of Donald Suggs Jr. came together for a street co-naming ceremony in his honor ... on the SW corner of Sixth Street and Avenue B — now also known as Donald Suggs Jr. Way. 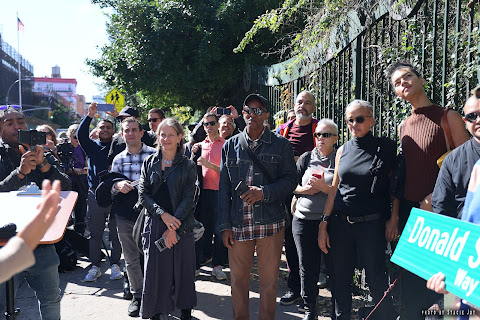 Suggs, a longtime resident of Sixth Street between Avenue A and Avenue B, died in October 2012 of a heart attack. He was 51.
Here's more about him via the advisory for the street co-naming ceremony:

You can read more about his life and work in this EVG post.
Gabriella Sonam, project coordinator for The Donald Suggs Jr. Street Naming Project and neighbor, speaks about Donald's impact on the neighborhood and NYC... 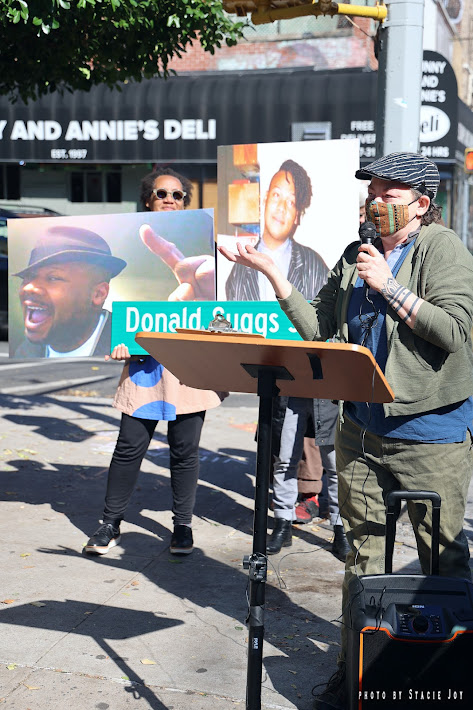 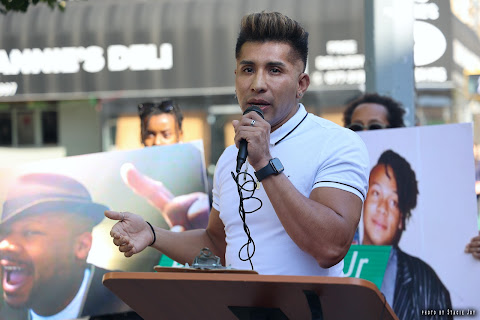 ... Donald’s two sisters and his niece hold the commemorative duplicate sign after program remarks and the street sign unveiling (from the left): Delali Suggs-Akaffu (niece), Dina Suggs and Dawn Suggs... 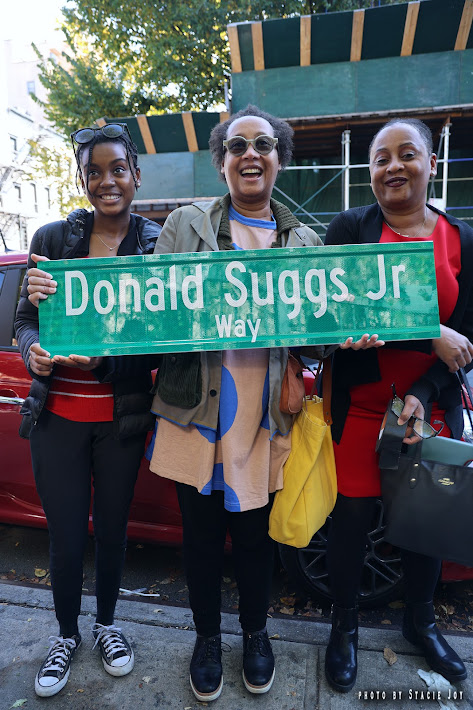 Suggs also worked at Exit9 on Avenue A... owners Charles Branstool and Christy Davis were in attendance for the ceremony... 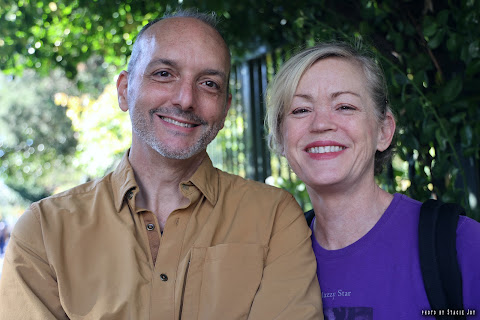 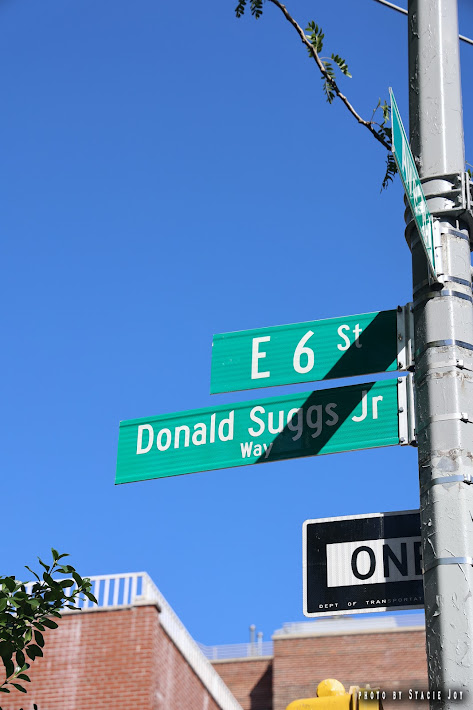 Nancy Jo Sales (right) and her daughter Zazie were close to Donald and embrace as they admire the street sign in his honor and think about their friend... Donald was the epitome of an East Village neighbor, friendly, funny and interested in connecting with people. I live on the block, and still miss him and our brief but positive interactions. I’m so thrilled that he and his work are being recognized.

This is very moving. I only knew him from Exit 9, but he always lit up the room and made my day.

What a wonderful smile he had.

That stretch of 7th st bet Ave. A & B should also be named Bob Arihood Way.