A familiar new owner for the development site at 280 E. Houston St. 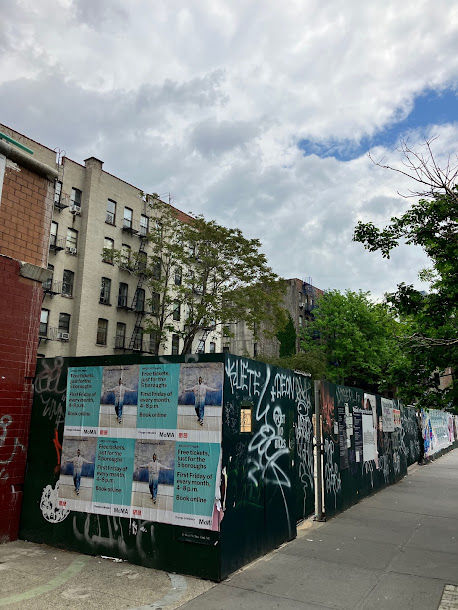 The development site at 280 E. Houston St. has a new owner who's familiar to residents of the Lower East Side.
As The Real Deal first reported, landlord Samy Mahfar, whose descriptions in the press often include the words "notorious" or  "oft-embattled," and investors picked up the property from members of the Hirsch family for $36.8 million.
In January, we had the scoop on this new building when the permit for a 68,000-square-foot residential building with 67 units first arrived here between Avenue A and Avenue B. However, as you'll read ahead, the complex will likely end up much larger than this... 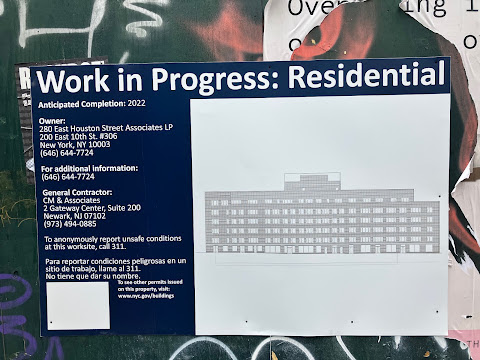 The Hirsch family obtained demolition permits and did enough foundation work to qualify the site for the 421a property tax abatement before it expired in June...

The apartment building and retail space [the former Red Square at 250 E. Houston St.] were partially sold in 2016 to a group led by Dermot Company in a condominium structure, with the family entities retaining a percentage. When the site was later upzoned to R8-A, which permitted bonus floor area for voluntary inclusionary housing, it added roughly 65,000 square feet as-of-right to any project, which would nearly double to 127,000 square feet if it qualified for 421a.

So we'll see where No. 280 ultimately ends up. Last fall, workers demolished the one-level strip of storefronts (Dunkin'/Baskin-Robbins, Subway, China Town restaurant, etc.) adjacent to the 13-floor residential building at No. 250. Qualified projects under the 421a designation must be completed by June 15, 2026, to receive the incentive, per TRD.
In 2017, a years-long investigation into Mahfar "uncovered harassment tactics, dangerous living conditions and failure to provide heat and hot water," according to DNAinfo at the time. He reached a $225,000 settlement with then-Attorney General Eric Schneiderman.

He also recently unloaded several of his multifamily properties on the LES (99 Allen St., 177 Ludlow St. and 102 Norfolk St.).
Posted by Grieve at 5:20 AM

Great news that it will be a bigger property with more housing, including more affordable. Developing like this is the only way to try to manage housing prices.

What ever happened to our old friend, Ben Shaoul?

Mahfar is a slumlord, plain and simple, who used spurious renovations and threatening "relocators" to scare elderly non-English-speaking people out of their rent-stabilized homes, and if that affordable housing ends up being run according to the rules, it will be a miracle. I wish anyone else was developing this badly-needed building.

How is he still allowed to do business in this city?!?