A stop by the newly reopened Pyramid Club on Avenue A 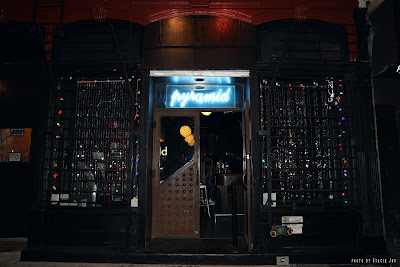 The next iteration of the Pyramid Club reopened last Saturday evening at 101 Avenue A between Sixth Street and Seventh Street.
There were rumors of a return early last week... before the arrival of a flyer for a "House of Dance" party with DJ Force 1.
A quick recap of what has happened here. The iconic East Village venue shuttered its doors this past spring after 41 years in business. The club had been closed since March 7, 2020, at the onset of the pandemic.
Manager Maria Narciso and her fiancé, longtime general manager and house DJ TM.8 (aka Quirino Perez), learned of the permanent closure and subsequent layoff via a text message from ownership in late March.
Apparently, there was a change in plans. (Earlier this year, 101 Avenue A was listed on Loopnet for rent as a retail space. That listing, first posted on March 6, was subsequently removed.)
This past Saturday evening, EVG contributor Stacie Joy stopped by the Pyramid. Given the short notice about a reopening, the space — currently confined to the main level — was fairly empty at 11:15 p.m.
As we understand it, the daughter of the longtime club owners, who are also the building's landlord, will be running the show. She's joined by a few familiar faces who previously worked at the venue. For now, the Pyramid will be open Fridays and Saturdays from 8 p.m. to 4 a.m. as they look to build up a following.
Here's a look around reopening night ... 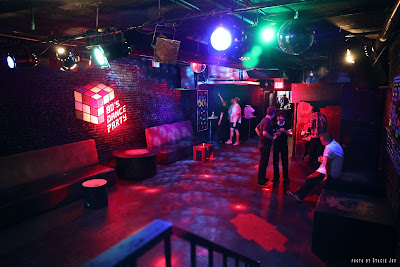 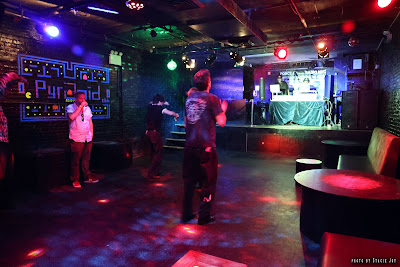 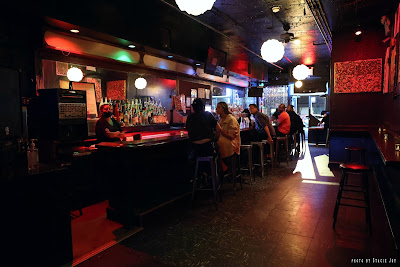 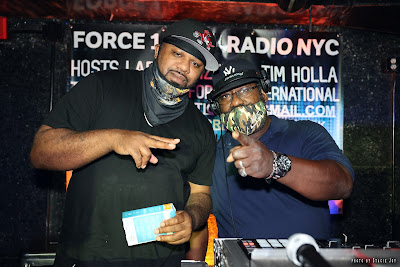 ... Beary White, a former longtime Pyramid regular who travels with his own disco ball, stopped by ... (he would later turn up at Drom for Temptation Saturday)... 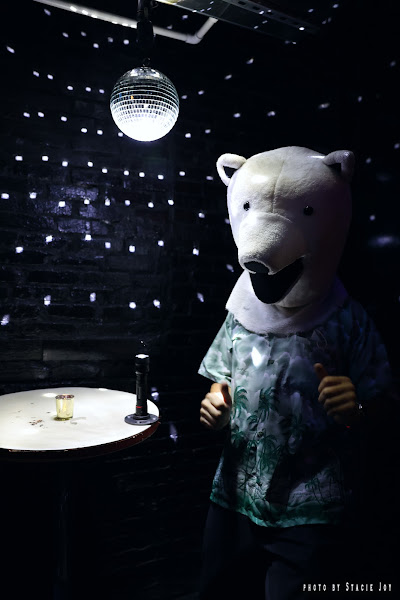 Stacie then stopped by Drom down the block where Narciso and DJ TM.8 have been hosting their 80s dance party, Temptation Saturday, one of the former theme nights at the Pyramid... 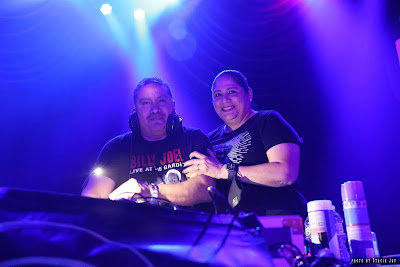 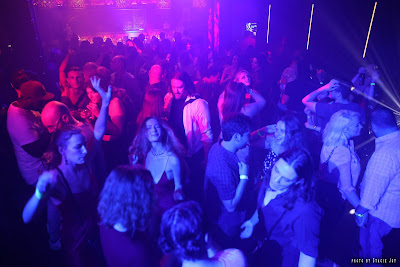 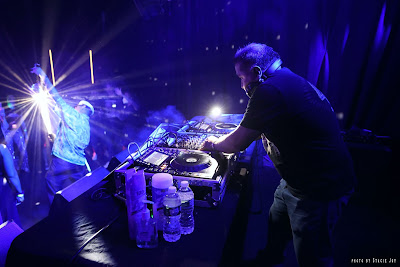 Upon hearing the news of the Pyramid's reopening, Narciso and DJ TM.8 released a statement on Instagram last week that read in part:

We cherish the times spent managing the venue ... We wish everyone who is involved with reopening well, much success. We want to remind everyone that they have every right to do as they wish with their business, and ask that their wishes be respected.

Another former theme night at the Pyramid, DJ TM.8's Dark 80s Dance Party (dark wave, synthpop and post-punk!) starts at the Parkside Lounge next Thursday night after a stint at Eris in Williamsburg. And on Aug. 28, Defcon NYC Industrial returns for a one-night stand at Parkside Lounge.
Previously on EV Grieve:
• Packing up the last of The Pyramid Club
Posted by Grieve at 5:30 AM

Email ThisBlogThis!Share to TwitterShare to FacebookShare to Pinterest
Labels: The Pyramid Club

Lol no idea why the 101 ave A owner doesn't just the original people back since they obviously know what they're doing. Nice to see the original space again but kinda pointless if it gonna be empty

I'm glad they are going to keep it open. And I'm sorry if the old management has been replaced. But things change, and especially in the world of clubs, 40 years is long enough.

I hung out at the Pyramid as a kid in the 1980s. I tried to go back about 10 years ago, and it was terrible. Quite sad actually. The place was not cool, or interesting, and it wasn't even sleazy enough to be a cool dive bar. It felt like a tired rock club for old timers in a strip mall in Fort lauderdale or Phoenix.

They should just leave it as it is, stop with the DJs, and just turn it into a bar with contemporary music. And leave club nights to the kids, and not to old timers.

This place ought to be able to make a go of it, since they also own the building.

I am going to the DROM.
Period.

@ Anonymous 12:13pm - Not sure about 10 years ago to date or what night you went on, but pre-Covid the Friday/Saturday nights were absolute bangers, filled wall-to-wall with kids and weirdness, albeit no drugs or the sleaze you could get away with in the 1980s/90s.

"They should just leave it as it is, stop with the DJs, and just turn it into a bar with contemporary music. And leave club nights to the kids, and not to old timers."

i used to love this place. over the last 5+ years it def deteriorated as a cool underground alternative club. but some of the old spirit remained, especially downstairs during the industrial nights.

i have now tried going 3x to this new iteration. it is truly depressing. the crowd is awful. the dj is cheesy...he announces his name during like every other song. it feels like being at some cheesy club in Tampa where it rains inside.

the legacy of this club deserves so much better than this. i hope they are just working out the kinks.

The great legacy of The Pyramid is of its first decade. Don't waste time thinking it will ever be that again. Now that the neighborhood is full of Dipsters and manufactured "hipness" we're all better off hanging out on the Coney Island boardwalk.

I used to go to Pyramid weekly before the pandemic and throughout the years. I stopped by Saturday night and loved that it was open and ready for a new chapter. But, it's the wrong DJ for this place. The music was painfully loud in such a small area and I actually couldn't stay because of that. Not going to go deaf. I think they need to get a DJ that is more compatible with the legacy of Pyramid, and have that DJ paying attention to what's going on with the crowd and the volume levels, etc. I left and went to DROM and had a good time, but I'm rooting for Pyramid -- so please course correct a little with the DJ.