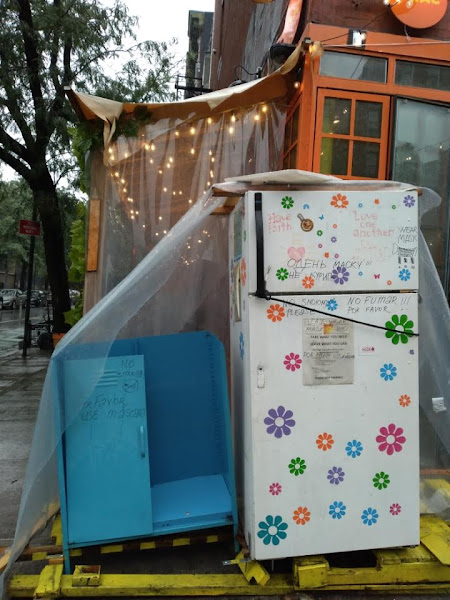 The East Village Neighbors Community Fridge and Pantry outside S'MAC at the NW corner of 12th Street and First Avenue was briefly out of commission thanks to a vandal. (The top photo, by Lola Sáenz, is from Sunday.)
Over the weekend, someone tore off the plug to the refrigerator's power cable... 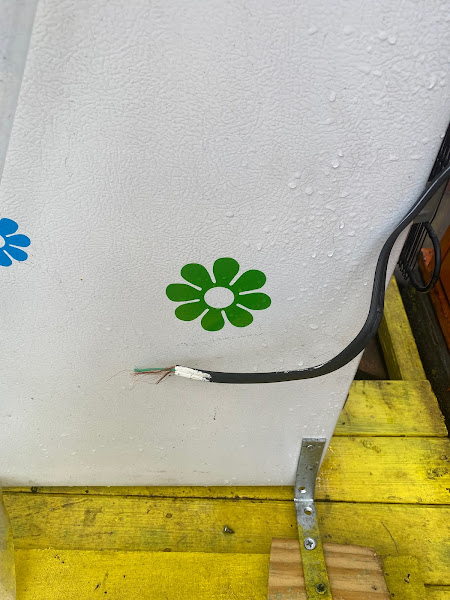 The vandal also used a weight to smash the adjacent pantry for canned goods and other nonperishables ... 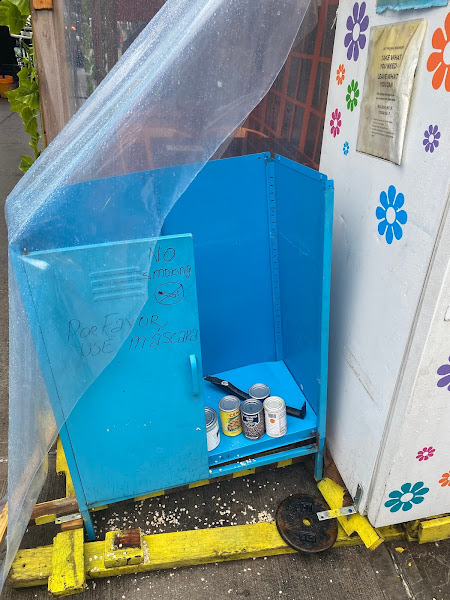 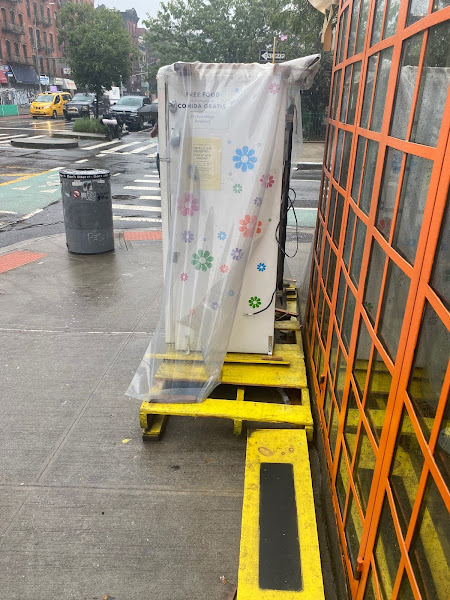 Despite the vandalism, S'MAC's management was able to get the refrigerator repaired late yesterday. The pantry was expected to be back as soon as this morning.
S'MAC co-owner Sarita Ekya told this to EVG contributor Stacie Joy yesterday:

[I]t is disheartening and shocking that someone would vandalize a community fridge. However, we will move forward ... Thanks to ALL for the support. We are in continual need of food/monetary donations to fill the fridge so we would rather the community focus on that. We got the equipment covered.

The fridge's motto is "take what you need, leave what you can," and is made possible by S'MAC, Change Food and East Village Neighbors. It first arrived here last fall. (This is also not the first time it was vandalized.)
In an Instagram post yesterday, East Village Neighbors report that more than 2,000 people access the community refrigerator every week. "Some fridge guests say this is the only food they get."
They also launched a new fundraiser yesterday.

We've been absolutely floored by the neighborhood's generosity in donating money for food and also in stocking the fridge — but we're almost out of funds. We've been organizing large, weekly deliveries of fresh food in order to make sure residents have a selection of healthy food, but we'll have to stop them in a few weeks if we don't raise more money.

You can find the new fundraiser at this link. 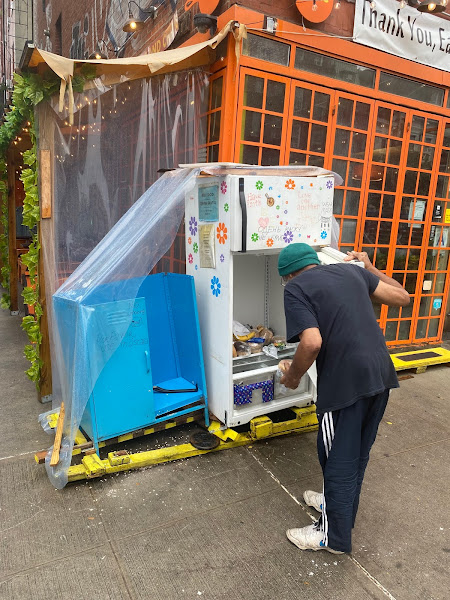 Top photo by Lola Sáenz; the others by Steven
Previously on EV Grieve:
• A Visit to the East Village Community Fridge and Food Pantry
Posted by Grieve at 5:30 AM

Whoever did that has some real issues. This is why we can't have nice things.

One bad apple can apparenlty spoil all the apples.

Set up a camera.

Most stuff seems to go so quickly that the refrigeration and cupboard are rendered obsolete. Its still doable without either one.

Let's all give what we can - the process will never be perfect but the result is pure. Same goes for the folks at the 6th Street Community Center, they are doing a hell of a job.

Was this person caught on security video? It would be great if a screen grab could be shared so we could keep an eye out for the vandal.

Amazing response to this post with over $2000 donations! Keep on the good work.