Retail shuffle continues at 250 E. Houston St.; Subway and Dunkin' next to leave 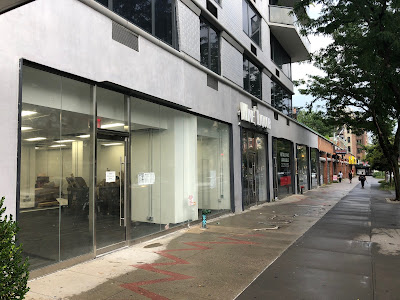 The storefront shuffle continues along 250 E. Houston St. between Avenue A and Avenue B.
We previously mentioned that the FedEx Office Print & Ship Center was moving into a newly renovated space a few doors away.
Meanwhile, Kapri Cleaners is staying in this strip, as EVG contributor Stacie Joy reports... 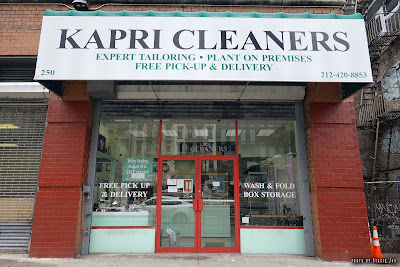 They'll be moving at the end of the month... 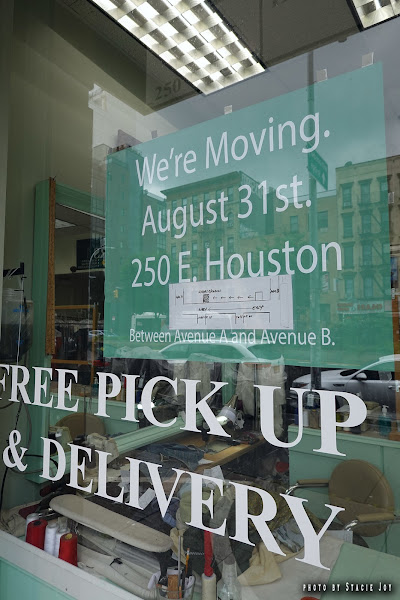 The Subway (sandwich shop) doesn't have a sign up, though workers told Stacie that this is their last week. They do not know if a new location is in the cards. 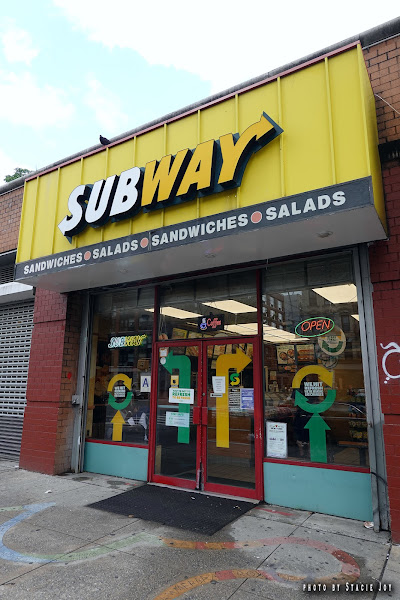 The Dunkin'/Baskin-Robbins combo is closing. Workers said they hope to move nearby but do not know where just yet. 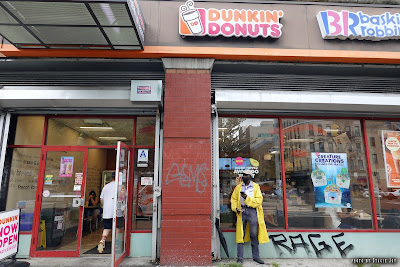 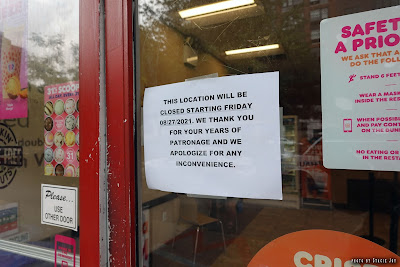 Lastly, China Town has not been open ... there wasn't any signage about a move or closure for patrons... 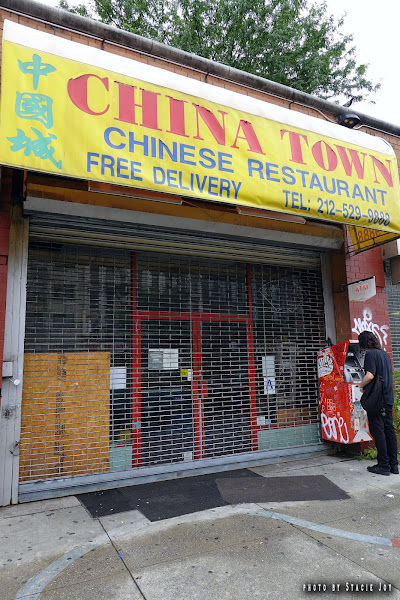 The Mattress Mart previously shuttered along this corridor.
So why all the movement? We've heard rumblings (via several EVG commenters) about a new residential building for this strip — perhaps something like EVGB that swallowed up the small businesses along 14th Street between Avenue A and Avenue B a few years back.
However, this is speculation at this point: Nothing about a new building or demolition has shown up in DOB records.
The 13-floor residential building at 250 E. Houston St., the former Red Square, changed ownership in the fall of 2016 ... and underwent extensive renovations.
Apparently, not all of the retail space was part of the deal. You can tell by where the new paint stops — right at the former Mattress Mart, as seen in the top pic.
Thanks to Stacie Joy for the photos!
Posted by Grieve at 5:00 AM

It would be amazing if this strip got redeveloped and it finally led to the corner of Houston and B getting redeveloped. What a waste of space and potential housing that whole stretch is

Re: 7:36am. No, that would be tragic. Who wants to live in a canyon of glass filled buildings. What would be amazing is if they knocked down the buildings and made a garden or put a hospital there.

@10:42am if you have any desire for housing costs to not continue to shoot up in NYC there needs to be continued development and underutilized lots like this + a completely unused building need to be developed. To boot, there are already plenty of gardens in our neighborhood that basically only serve as private parks.

It would be an appropriate place for development, as most of us will never afford to live there. Or desire to.

Developers have been saying for decades that we need to build on every lot so housing prices would go down. Is hasn't really work out that way, has it ? Our buses and subways are already overcrowded. Adding more people will not help the situation.

The income qualifications vary greatly for so-called affordable housing units. Some are as high at $150k. That doesn't provide any relief for lower income folks if someone on the high end of income range gets the apartment. It just brings more people in. The nightlife industry crows about the billion dollar 'economic engine' and all the jobs that area created. If you can't afford to live in your own neighborhood then those aren't great jobs. We need to diversify our businesses so people that work here can afford to live here.

The city has grown more rapidly than it's housing stock has grown which causes prices to up and more people commuting from farther as they try to find home. Try considering logic before attacking bogeyman developers.

Hi, I am part of the HDFC co-op building directly behind this. If there are any neighbors who have mutual concerns about the impact of this development, we would love to connect and share what we know. Please let me know.

I've been a Red Square/250EH tenant for a long time - the doorman told me that they are kicking everyone out so they can build a new residential tower. It's an open secret at this point but I'm not sure if the doormen can tell Stacie anything. I posted in a previous comment that the FedEx manager even mentioned that the strip was getting demolished, so maybe the store management knows what's going on? I think it's only a matter of time before something shows up in DOB records

That’s not how housing works, but this is a common excuse for developers to profit off building soul-crushingly bland and overpriced apartments.

I’ve been hearing people make this same argument since the 90s, when the NY Post - and its owner, Rupert Murdoch, for those who might somehow still be unaware - would publish editorial after editorial crying for the end of “rent control”.

For the record, once upon a time, I could have bought the building my apartment was in for $1 million, back when you couldn’t build higher than five stories. Now, it’s worth $20 million or more to whomever want to come tear it to its roots and put another 23 story monstrosity in one of the few neighborhoods left that actually felt like a neighborhood.

It's disheartening to hear about what is going on in this neighborhood and to the stores. I am so angry and sad that stores my son (14 1/2) grew up going to isn't there any longer. We've been living in this area since '07 and I have seen so many rapid changes. I pray that the employees who worked at the stores found another job, especially in this world's climate. 🙏🏾 I understand the need for change but make it better for the neighborhood not worse. Keep building these building and no one can afford to live in them. I know probably in a few years I will have to leave because it will be too expensive to continue to live here. If redeveloped want to develop something, do so on Ave C..plenty of abandoned stores and junkies around the area. Force them off the street