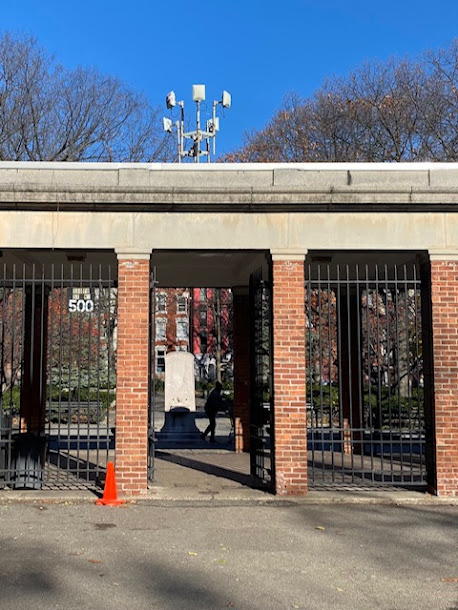 Photos by Steven
Updated 12/5: The area was locked up once again ...
--
After three-plus weeks, the area of Tompkins Square Park behind the fieldhouse/office is back open to the public... 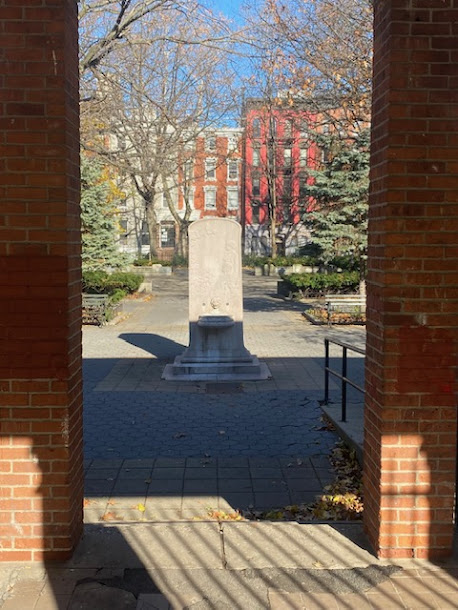 The gates had been locked since at least Nov. 8. There wasn't any signage to explain why this part of Tompkins was closed off to the public.
And there were mixed messages about the reason... one employee claimed this happened after Sue Donoghue, commissioner of the New York City Department of Parks and Recreation, paid a visit and saw used needles in this area. (The Parks Department did not respond to previous requests for comment.)
Later, two Parks employees told EVG contributor Stacie Joy that there is/was a broken pipe in the basement of the fieldhouse.
For now anyway, you can visit this area to check out the Slocum Memorial Fountain or take in some remaining foliage... 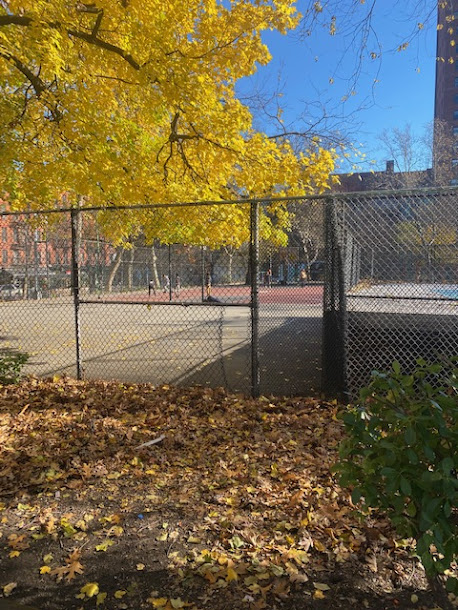 This used to only be an area for children accompanied by adults, has that changed?

Just the pool itself is kids only. The rest of the area is for anyone

The yellow tree is so beautiful.

Ah, thanks, I’ve been wanting to go sit there for years and didn’t know I was allowed to.

Kids accompanied by adults was during summer season only. Don't know if still enforced.
They tried to throw me out once some years back. I was the only person there. I refused.

This area has become a lawless drug party scene. I heard that someone OD and no one noticed the dead body for a day. This is probably why this area is closed off.